20 Questions To Ask Before You Get A Divorce No matter how great a marriage is, all marriages go through ups and downs. For real. Some people’s first thought when a relationship gets hard is toh3qe to divorce. Even at one time in the U.S. divorce was at a 50% high. You need to Divorces are decreasing — but so are marriages. And sometimes that’s not by choice. Experts say marriage trends represent progress toward a system in which marriage is rarer, and more stable, than it was in the past, representing an increasingly central component of the structure of social inequality.

Reports from the Pew Research Center say: “Half of Americans ages 18 and older were married in 2017 [which] is down 8 percentage points since 1990,” it notes. Pew says this is because Americans are staying single longer, but the organization didn’t weigh in on whether that’s by choice (to travel and establish a career before getting married), or, if economic conditions mean life isn’t stable enough to get married earlier, by necessity.

Black and Married With Kids released this list of questions couples can ask themselves before they call it quits:

2. Can we pray over our marriage?

3. When do you think our marriage changed?

4. Why do you think our marriage changed?

5. How do you think we arrived here?

7. Have I changed in your opinion? If so, what do you think has changed most?

8. Do you think you’ve changed? If so, what do you think has changed most?

9. Do you think enough sacrifices are being made from both of us? Why or why not?

10. What sacrifices do you think I’ve made for the marriage?

11. Are there sacrifices do you think you’ve made for the marriage?

12. What vision did you have for our marriage? 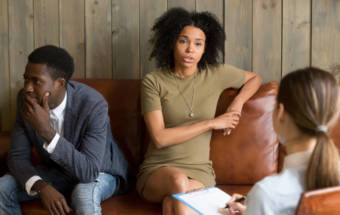 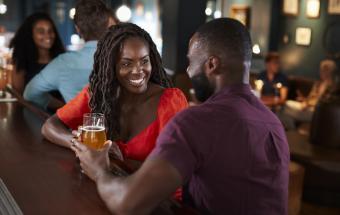