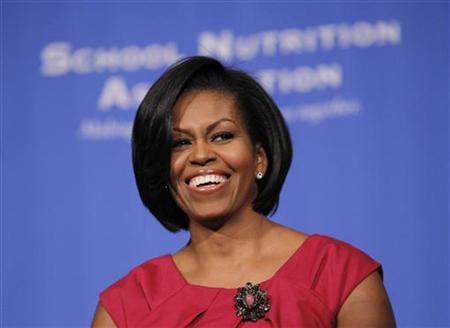 “That’s not just good for kids. It’s also good for parents. They’ll know all their hard work isn’t being undermined every time [their kids] head off to school,” Obama told a small crowd at the Gladeview park’s recreation center.

Most recently, the administration announced the elimination of sugary, fatty foods in vending machines and lunch line a la carte items starting in July. The proposed advertising ban, which is backed by the beverage industry, is an extension of the health food push.

In her Miami stop, the First Lady celebrated what she said are the successes of her program, which has been adopted in every Miami-Dade public school. When the First Lady began her campaign, she aimed to reduce childhood obesity rates that had tripled during the past 30 years to the point that one in three children and adolescents was overweight or obese.

3 Supplements You Should Be Taking Daily

Why Diabetics Are Adding Probiotics To Their DASH Diet

10 Types Of Bacteria That Are Good For You

What Omega-3 Can Do For You…Right NOW!

Weighing less than a small apple and a size smaller than a kid’s juice box, Baby Saybe came ...

What Happens To Your Body After Giving Birth?

Becoming a mother will change your body, your life, and most importantly, you. Although your body may never ...

Find a Physician in New York,NY