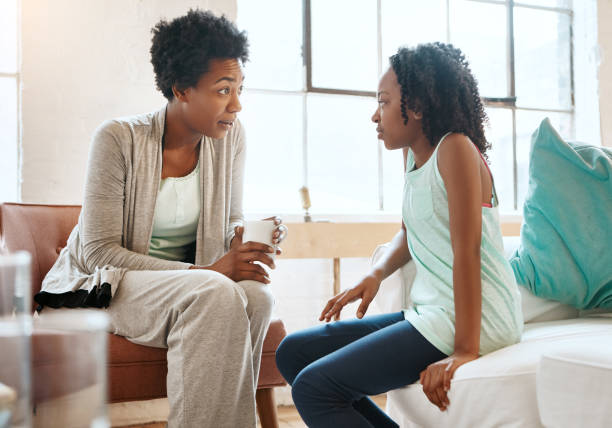 Though it’s easy to get caught up in the feelings surrounding a broken relationship, when a child is involved, it’s important to put those emotions aside and focus on the best interest of the child. Just recently, I had a conversation with a close friend, who is experiencing what many single parents endure when navigating through the wonderful world of co-parenting:

In an ideal world, co-parenting would look a little something like this:

Sometimes, you’ll have to co-parent with someone who claims you are using your child as a pawn – yet they don’t call, make plans to visit, or consistently support the child financially.

Other times, you’ll deal with a parent who doesn’t want to respect boundaries. For example, they may say that the only way they can come see the child is if you put them up – despite the mixed messages you’ve expressed it will send to your child. More times than others, getting any type of aid – something as simple as a pair of sneakers – will be like pulling out your wisdom teeth – a MF pain.

So, how does one co-parent like a grownup, in spite of the constant drama?

Keep the peace no matter what

I’m not going to lie, over the years, I have really struggled with this point. When someone is intentionally trying to push your buttons (looking for a reaction), you’ll likely feel the urge to pop back. Only, that quick-witted retort is hurting no one but yourself.

Avoid getting trapped in a fiery storm of tit-for-tat texts and redirect the conversation back to what’s important – the child’s emotional, physical and mental health, which begins with witnessing their parents respecting one another.

Say a parent has made a commitment to pay support every two weeks, call at least once a week, pitch in on school supplies, or provide medical insurance. In the event they’re not holding up their end of the bargain, it’s easier to refer back to “receipts” than to play the “he said, she said” game.

Never depend solely on the other parent

Even if you have custody, child support, or a parenting agreement in place, it’s wise to ensure that you have

There is no better way to convince your kid to behave the way you want than to beg them not to do something. What Is Reverse Psychology? As parents, we are required to fill a wide variety of roles. We read more about 4 Reverse Psychology Tactics That Can Be a Great—and Cute—Parenting Tool