Fans love S. Epatha Merkerson as hospital administrator “Sharon Goodwin” on NBC’s Chicago Med and as “Lt. Anita Van Buren” on the iconic drama Law and Order. But many in the public may be unaware of Merkerson’s private struggle. For more than a decade, the Michigan native has been living with type 2 diabetes.

The Golden Globe and Emmy-winning actress is no stranger to the disease. Her dad died from it. It took her grandmother’s sight and her uncle’s legs. Her brother struggles with it, too.

“Within our family, it was a touch of sugar,” Merkerson said.  “It never was anything big.”

This lackadaisical attitude toward the disease led her family to downplay its significance.

“We did not talk about it,” she said. “And it was rampant in our family.”

Even with a family history of type 2 diabetes, Merkerson said diagnosis still came as a shock.

Merkerson attended a health convention. While there, a doctor tested her for diabetes and asked her to return to the table. She thought he wanted an autograph or picture. Instead, she received the bad news. Her blood sugar levels were high. Merkerson’s personal physician confirmed the diagnosis.

Type 2 diabetes is a disease in which a person does not make enough insulin and/or the insulin that the body makes does not work the way it should. The body may keep making glucose even though it does not need it. This causes the blood glucose level to become too high, better known as hyperglycemia.

She and her doctor… 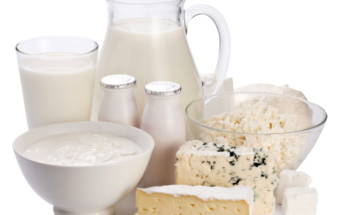 Can Dairy Products Protect You From Diabetes and Hypertension?