“There are so many great vegan restaurants and dishes,” Robinson said. “It’s much easier than I thought it would be.”

“I lost a bunch of weight. I lost about 50 pounds,” Robinson told Harry Connick Jr. during an appearance on his talk show “Harry.” The 48-year-old explained that the weight loss and drastic diet change was kick-started by taking a break from booze. “I haven’t been drinking. Since January I just put down the alcohol. I was going to detox,” he continued. “I had heard — I don’t know how true it is — but I heard you can regenerate your liver in six months. I was like, ‘Let me see if I can go six months,’ and I just haven’t gone back.”

Since alcoholic drinks are so high in calories, like an average beer has nearly 300 calories, a four-ounce glass of red wine contains 95 calories, and a margarita has a whopping 550 calories, it isn’t surprising that Robinson would lose weight from avoiding alcohol alone. But Robinson didn’t stop there. “[I’m] working out, and I’ve been trying this vegan lifestyle too. It’s amazing,” he said.

At first, Robinson thought that there would be a lot of restriction and it would be hard to find vegan food he liked. But the former music teacher soon found out that living the vegan life was more popular than he thought, and that was music to his ears (and tastebuds).

“There are so many great vegan restaurant and dishes. It’s much easier than I thought it would be.” 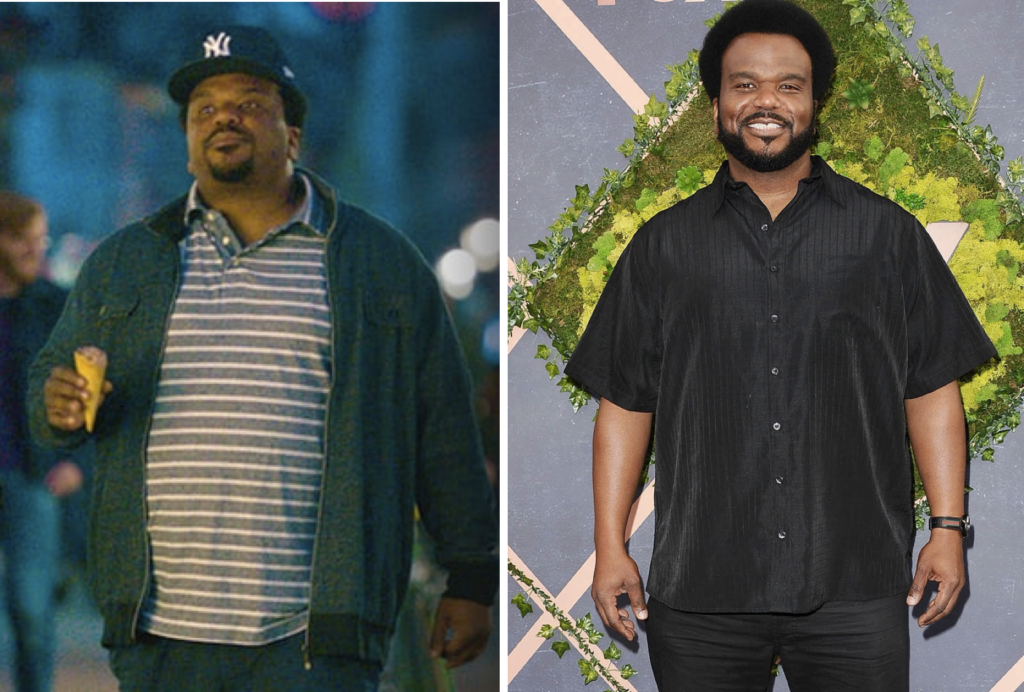 (Craig Robinson before & after weight loss)

Meat-free diets for weight loss aren’t just another celebrity trend, they are actually endorsed by science. A recent study conducted by the Physicians Committee for Responsible Medicine found that those maintaining a vegetarian diet not only lose twice the amount of weight as meat-eaters, but they also speed up their metabolism by reducing intramuscular fat.

The 47-year-old Chicago native who also starred in his new show Ghosted on FOX, continues to write, act and produce comedies behind the scenes.

While going vegan can result in weight loss and other health benefits, for those of you who are considering going vegan, you want to be careful to avoid…