Home / Lifestyle / Living with Diabetes / Diabetic? Here’s What Black Seed Oil Can Do For You 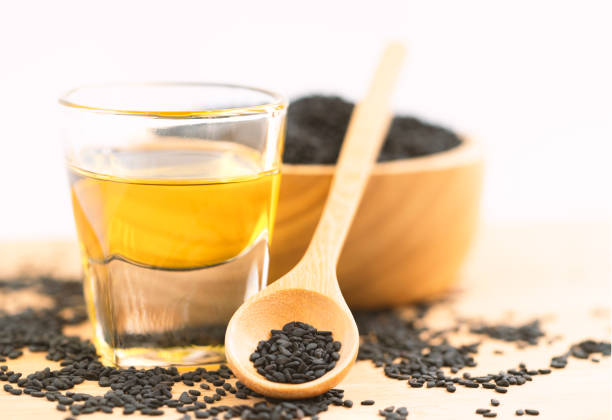 There’s a new power plant on the scene and it’s making moves… medically. Here’s what you need to know about the latest, yet ancient, health remedy, black seed oil.

What is black seed oil?

Also called black caraway, black cumin, black onion seed, and kalonji, black seed oil is the product of a small flowering shrub native to Eastern Europe, the Middle East, and Asia. Known as Nigella sativa, this purple or white-tinged flower produces fruits containing tiny black seeds which have been used in remedies for thousands of years.

In fact, it is believed that black seeds were found in King Tut’s tomb – cementing the importance of the age-old remedy throughout history.

What is black seed oil used for today?

An “excellent source of vitamin E, A, and B,” black seed oil aids in protecting the skin from 45 percent of harmful UV rays, Mituri, of Nim-Véda Australia, an organic-based Ayurvedic Personal Care line, tells BlackDoctor.org.

Mituri added that it’s “a great [oil] for anyone looking to stimulate the body and recover from fatigue — it’s also enormously effective against skin conditions such as acne and psoriasis.”

RELATED: Ch-Ch-Ch-Chia! 10 Benefits Of Adding Chia To Your Diet

What does science say?

Some of the most promising research points to Nigella Sativa as a tool to combat the effects of powerful superbugs — including tuberculosis, influenza, staphylococcus, and gonorrhea, to name a few.

Take one study, which found that thymoquinone, an active ingredient isolated from Nigella sativa (“the anti-tumor effects of thymoquinone have also been investigated in tumor xenograft mice models for colon, prostate, pancreatic and lung cancer) for example. The combination of thymoquinone and conventional chemotherapeutic drugs could produce a greater therapeutic effect as well as reduce the toxicity of the latter.”

Type 2 diabetes had a global prevalence estimate of 2.8% in the year 2000 and is projected to be 4.4% in 2030, an article published by the Journal of Endocrinology and Metabolism says. Furthermore, prevention can be

If you have type 2 diabetes, yoga, meditation and other mindfulness practices may help you lower your blood sugar — nearly to the degree that standard medications like metformin do, a new analysis suggests. However, that does not mean you read more about 3 Yoga Poses To Keep Your Blood Sugar in Check