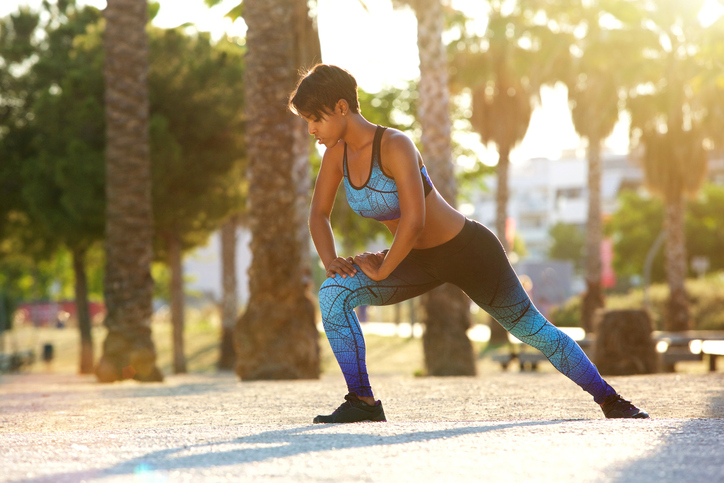 With all of the advances in technology and fitness, it’s easy to get caught up in doing the most in an attempt to eat right, shed unwanted pounds or even maintain the beautiful skin you’re in. After all, there’s a fine line between living a fit life and developing an eating (or even an exercise) disorder, according to experts.

What is exercise addiction?

Believe it or not, while exercise is mostly seen as a healthy habit – even crucial for areas of recovery from certain types of addiction – when dedication evolves into compulsion, it can be both physically and psychologically damaging.

However, it’s rare, says exercise addiction expert Heather A. Hausenblas, PhD, who states that an estimated 0.3% of the total U.S. population are at risk of developing one of two forms of fitness infatuation.

RELATED: 10 Exercises To Do To Live Longer

What distinguishes the everyday gym enthusiast from someone addicted to getting in a high-impact sweat session?

It’s not the time invested but the motivation behind the urge to train that experts say is very telling.

Someone suffering from an addiction may display withdrawal symptoms like anxiety or irritability if he or she skips just one training session. Physical activity is a means of feeling normal; self-medicating.

While you may not think of the two going hand-in-hand, research shows that exercise addiction often co-occurs with an eating disorder.

In fact, approximately 39% to 48% of people suffering from anorexia, bulimia or another eating disorder also suffer from secondary exercise addiction.

What is an eating disorder?

Defined as a range of psychological disorders characterized by extreme emotions, attitudes and behavior surrounding weight loss and food issues, there are three types of eating disorders:

Believe it or not, eating disorders have the

Thighs are one of those areas of the body that we complain about the most, but there's a way to not only love your thighs but tone, tighten and shape them too. It all starts with a solid exercise plan. read more about Love “THIGH” Self: 4 Exercises For Your Best Thighs

What most personal trainers will say is the key to working out is to start. You've got to begin to be great. But many of us don't want to start exercising (or stop) because we don't know what really works read more about 5 Ways To Lose Your First 20 Pounds–Fast!

Who wants to count calories or diet? We hear you. But you can keep your weight steady or even drop a few pounds without any special effort. It’s true! It’s the little, everyday moves that make the weight melt off read more about 10 Ways To Lose 10 Pounds Without Even Trying