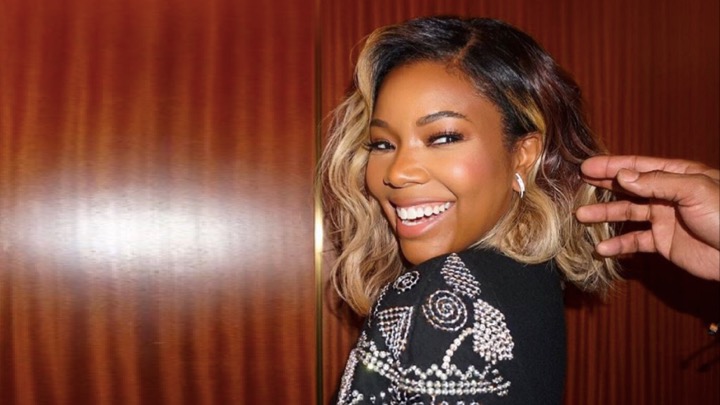 Gabrielle Union is gorgeous. I think most people would agree, including her husband, NBA star and hall-of-famer Dwayne Wade and her beautiful daughter Kaavia. The Being Mary Jane star has been in plenty of films like Bad Boys II, Deliver Us From Eva, Bring It On and Think Like a Man, just to name a few. It seems Hollywood has always been impressed with her skills and beauty, but it may come as a surprise to many that Union struggled with self-esteem issues as a child and young adult.

Never one to shy away from speaking out about colorism, Union, now 50, has talked about her early struggles and her journey to getting to a place of self-love. In a letter to her younger self featured in EBONY, she wrote:

“Your deep mahogany skin may not resemble that of the others in your family, but it’s just as gorgeous and you’re just as worthy… One day you’ll appreciate how much your brown skin shines in the moonlight, glistens in the sun and ages ever so slowly. Don’t let that pesky low self-esteem creep in and fool you into believing that you don’t have value…don’t allow it to crush your will or dampen your spirit…”

It’s hard to even fathom there was ever a time when she didn’t see herself in all her beauty and worth, but in an open letter to the public titled, “Things You Generally Don’t Share,” she admitted what had kept her from seeing herself in the same light that the world sees her in. A self-proclaimed “perfect child” in her parents’ eyes, Gabrielle Union appeared to do everything right. She was a great student, a versatile athlete, an inspirational student leader and she never got in trouble. But how she felt inside reflected the opposite. What she did was a lot of self-loathing.

“What I was dealing with individually and as a group of girls, was absolute turmoil. Emotionally, physically, spiritually, we were forced to deal with a lot of adult issues and situations as a collective, and often times we wouldn’t turn to each other, we would internalize everything, we didn’t have an outlet. So, I was going through MAJOR low self-esteem.”

Acne. Some of our worst enemies and the one thing that everyone will encounter at least once in their lifetime. It’s inevitable, so finding the right cure for it is always at the top of everyone’s list. Running to the read more about 10 Natural At-Home Remedies To Clear Acne Scars
Gel manicures have quickly become popular for women when getting their nails done because they are convenient, time-consuming and last longer than a regular manicure, but that doesn't mean it's the safest. According to a new study, the ultraviolet (UV) read more about The UV Lights From Your Gel Manicure Can Lead to Cancer

From burns to cuts, kitchen accidents happen, and they may be more likely as you cook for holiday gatherings. how to treat a burn Treating those injuries quickly and effectively can help begin the healing process and may reduce scarring, read more about Holiday Kitchen Accident? Here’s How to Treat Minor Cuts, Burns

As with other skin conditions, it can be tricky to manage eczema well. Even if you’re using prescribed medication, you may need to find other methods to ease your discomfort. One option is using natural oils regularly to keep your read more about 10 Oils That Can Treat Your Eczema Naturally