John Amos is the type of “man’s man” kind of actor. Always playing a strong male lead, Amos got his start in acting after becoming a veteran of the 50th Armored Division of the New Jersey National Guard and Honorary Master Chief of the U.S. Coast Guard.

Amos is best known for playing characters James Evans, Sr., the husband of Florida Evans, appearing three times on the sitcom Maude before continuing the role in 61 episodes of Good Times from 1974 to 1976. Amos, much like series’ co-star, Esther Rolle, wanted to portray a positive image of an African American family, struggling against the odds in the ghetto of Chicago. 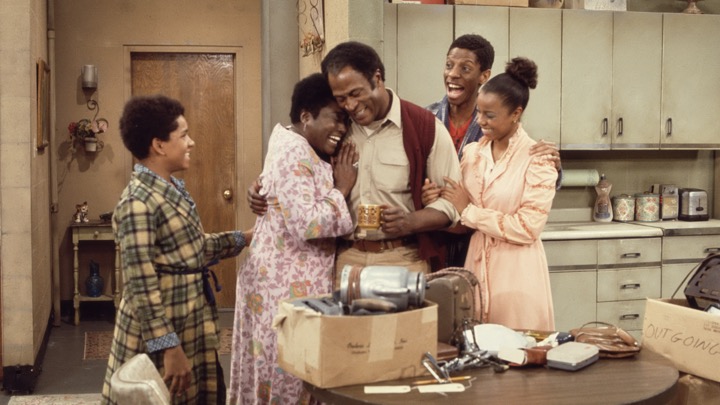 But it was Amos’ breakout role on the iconic made-for-television mini-series Roots that garnered him critical acclaim. Playing the role of Kunta Kente/Toby grown up, Roots received 37 Emmy Award nominations and won nine.

Amos himself was nominated for an Emmy. Roots went on to win a Golden Globe and a Peabody Award. It received unprecedented Nielsen ratings for the finale, which still holds a record as the third highest rated episode for any type of television series, and the second most watched overall series finale in U.S. television history.

It was during the filming of Roots that Amos said he his ancestors spoke to him. “They gave me a shirt and the costume for the character and I went off to the side while they were shooting another scene. And it was then that whatever it was that happened, where I felt I had become totally taken by the spirit of my ancestors.”

“I knew what it was intuitively; it all of my ancestors who had never been talked about or never been spoken of properly in the history books, and all the millions who have died on the way over in the great slave trade–they were speaking to me.” “It was not my imagination, I became overwhelmed, and I became agitated. I began screaming and yelling, laying on the floor. They tell me I was speaking in tongues.”

“I was yelling and screaming and a childhood friend Randy was there thought I was having an epileptic seizure. The ancestors said to me, ‘You stay resolute, you stay strong, you will not break, because…