one of the oldest spices. It was used for embalming back in Egypt nearly 2500 years ago. Most spices are the seed of a plant, but cinnamon is the inner layer of bark from a tree, which is dried and rolled.

Traditionally, cinnamon can be used to gently reduce congestion and phlegm in the lungs, and dry up runny noses. Try simply adding a cinnamon stick to your ginger tea and drinking it down in one swoop to increase its potency.

Cayenne can put a little kick in your upper respiratory system. In the early 1800s, cayenne was used in massive doses to heat up the body and purge it of disease. While we don’t do the same things now, much lower quantities can be used to improve circulation and help clear out mucous and phlegm from the sinuses and nasal passages. 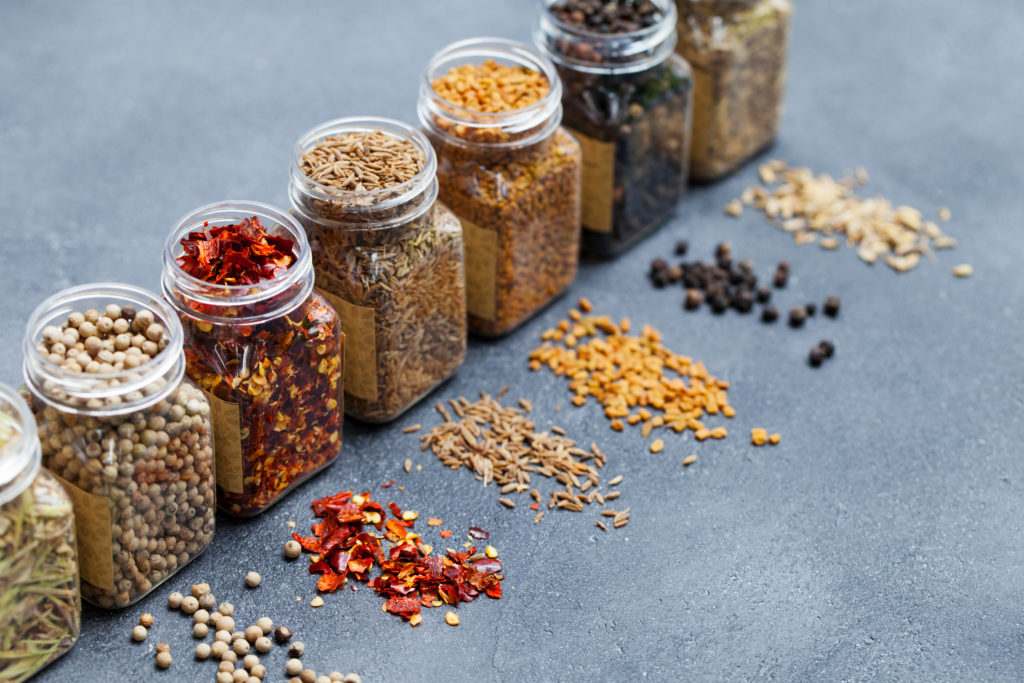 Peppermint tea is widely available in stores or online and is considered safe. You can also simply add a few fresh peppermint leaves to hot water to make your own tea. Unless you’re allergic, it has no side effects and poses no danger.

Peppermint oil applied to the skin can cause a rash in some people. You can try some on one area of your skin to test it. If you’re not allergic, a drop of peppermint oil on the back of your tongue can open up your nasal passages as well as freshen your breath.

You may be thinking, salt? Really? Yes, really. Saline sprays, by definition, contain just salt and water. Other nasal sprays may contain decongestants.

It’s important to note that prolonged use of decongestant sprays may cause a rebound effect, or worsen congestion symptoms.

To use a saline nasal spray, follow these steps:

When children have colds, parents may want to hold off on using cough and cold medicine, the U.S. Food and Drug Administration suggests. Most children get better on their own, and cough or cold medicines won't change the natural course read more about Do Your Kids Really Need Cough & Cold Meds?

Many people take a zinc supplement at the first sign of a cold, and there's new evidence supporting the habit. Australian researchers found that the supplements appear to help shorten respiratory tract infections, such as colds, flu, sinusitis and pneumonia. read more about Does Zinc Really Help Shorten Your Cold or Flu?