Home / Health Conditions / COVID-19 / How Far Does A Sneeze or Cough Travel? 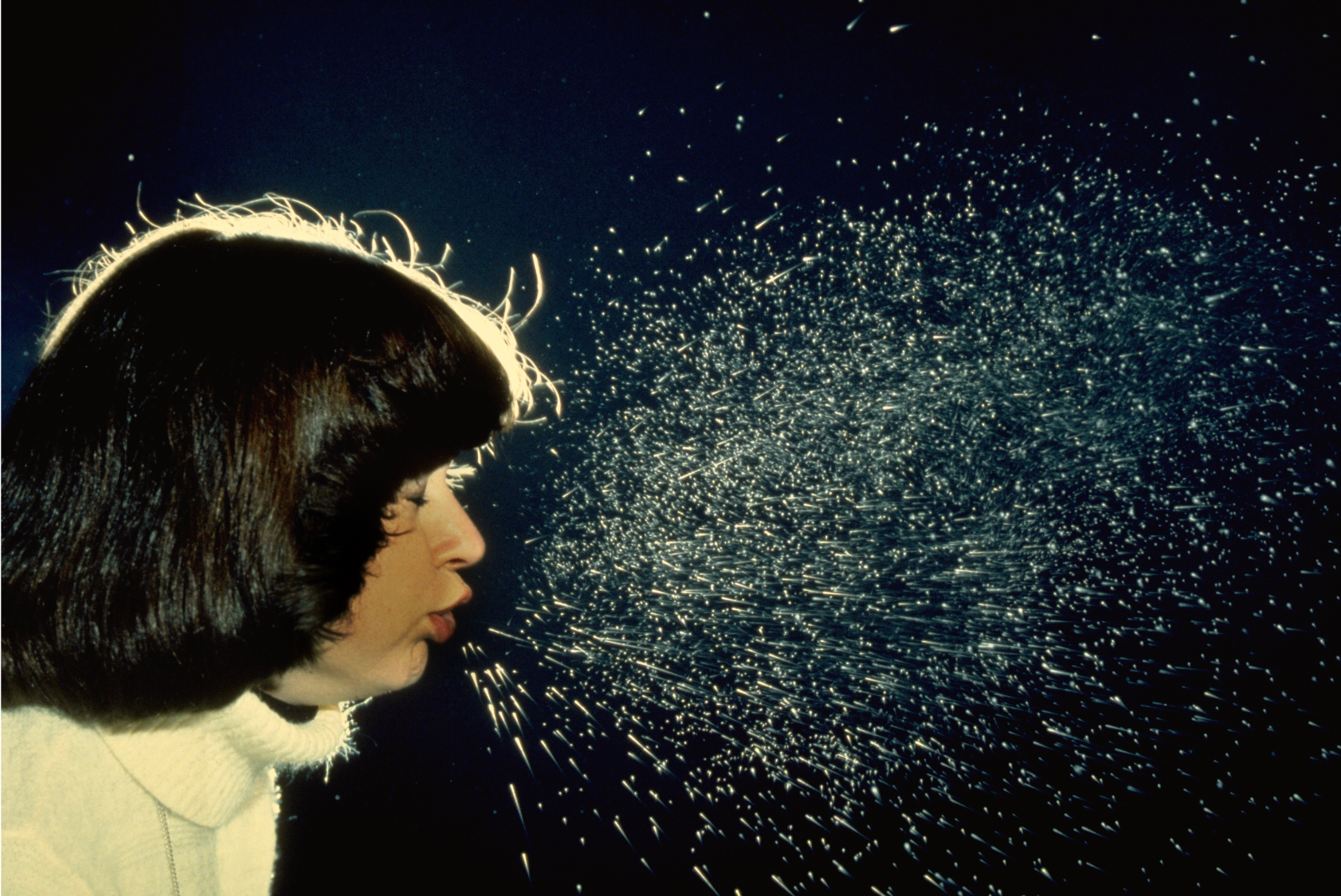 Most people tell you to cover your mouth when you sneeze or cough. That’s good advice, but it’s also advice many people don’t listen to. They sometimes turn their head and then sneeze in another direction or sneeze to the ground. But how far can the germs from your sneeze and cough travel?

The truth is, contagious germs can spread further and faster than you may think, way faster.

A sneeze shoots out of your mouth in the form of moist, germ-infested sheets. Once those sheet hits the air, it expands, breaking up into snotty strings, then a series of different-sized droplets all trapped in a turbulent gas cloud.

Researchers at the University of Bristol assessed the airborne survival of bacteria in aerosol droplets from coughs and sneezes.

They found the average sneeze or cough can send around 100,000 contagious germs into the air at speeds up to 200 miles per hour.

These germs can carry viruses, such as influenza, respiratory syncytial virus (RSV) and adenoviruses, which cause the common cold.

They can also carry bacteria, such as Streptococcus pneumoniae or Haemophilus influenzae. In laymen’s terms that’s the pneumonia and the flu.

The most critical time for spread of those germs, according to the researchers, is in the first few minutes after a sneeze or cough occurs.

“This type of transmission is of special importance since it doesn’t require proximity between individuals. The droplets’ small size adds the potential to penetrate deeper in the lung,” Allen Haddrell, PhD, one of the study’s authors, told Healthline.

While aerosols that carry the germs eventually drop to the ground, that takes time.

“Given the small size of bioaerosol droplets (diameter less than the width of a human hair), they can remain suspended in the air for prolonged periods of time, from seconds to weeks,” said Haddrell.