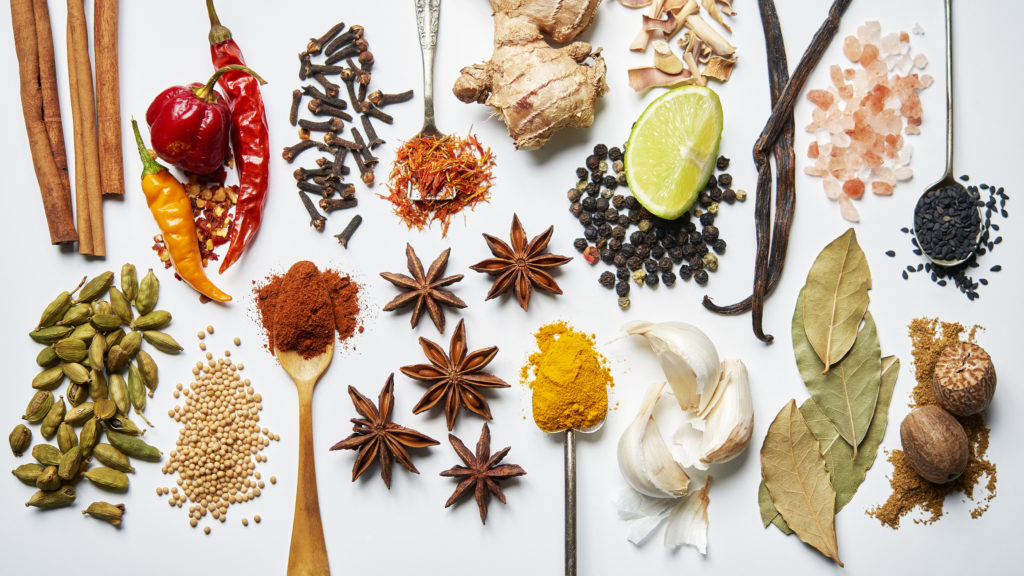 RELATED: Drinks that Help Drain Mucus from the Body

Although evidence is limited, some specific herbs and spices have helped relieve congestion symptoms. In a 2010 study of herb and essential oil effectiveness against viral infections, an essential oil spray containing peppermint, eucalyptus, oregano, and rosemary was applied to participants five times a day for 3 days.

At the end of the study, the researchers concluded that the essential oil spray was effective at improving upper respiratory symptoms immediately after use.

How To Get Rid of Mucus in Lung Fast

Here are some spices that research has proven to attack the mucus, thin it out and even sometimes help it drain from the body:

The aromatic spice also contains vitamin C and other essential nutrients to help protect against viral infections and the formation of mucus in your body.

RELATED: More Congested With Mucus at Night? Here’s How to Fix It

This is a warm spice and can be added to your sweet and savory food items to boost their flavors. It has strong antibacterial properties that help boost the immune system.

A cup of hot milk with nutmeg powder, a few drops of honey, and crushed cardamom are packed with antiviral properties and has the ability to kill viruses that cause sniffles and sore throats.

When you think of cinnamon, don’t think of it as an added spice to some of your favorite sweets and desserts.

It is used for that, but cinnamon is