Home / Wellness / Weight Loss / Junk In The Trunk: Healthier Than You Think 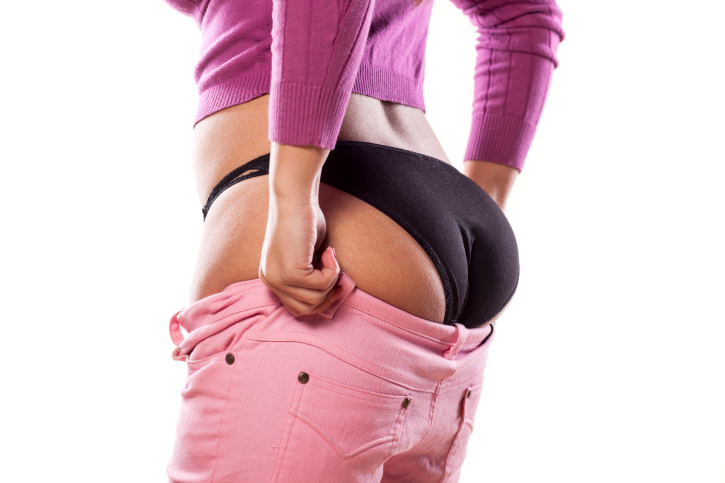 Finally! Multiple studies are proving that the voluptuous figures of countless Black women possess more benefits than just aesthetic perks – those curves may actually help them live longer. But why is this?

According to experts, the type of fat found in the thighs and backside may actually help reduce disease, as opposed to the dangerous and life-threatening effects of abdominal fat.

“The fact that body fat’s distribution is quite important for your health has been known for some time now,” said lead researcher Konstantinos Manolopoulos of the University of Oxford in England.

The review also suggests a mechanism for conveying those benefits. According to the experts, the next step is to figure out how our bodies decide where to store fat, say, in the stomach versus the butt.

“Once this is understood then one could think about therapeutic approaches to make use of that,” Manolopoulos said. “Maybe to make use (of it) in a preventive way by redistributing the fat.”

Don’t take this news the wrong way though. This is only true to a certain degree as obesity increases your chances of developing chronic health conditions. This is because, per studies, researchers found that not all fat is created equal.

Researchers found that people with big thighs had a lower risk of heart disease and premature death than those with thin thighs.

In round numbers, a thigh circumference (measured where the thigh meets the butt) of about 62 cm (about 24.4 inches) was most protective; bigger thighs provided little if any extra benefit, but progressively thinner thighs were linked to progressively higher risks.

The predictive value of thigh size held up even after the scientists accounted for other indicators of body composition, including waist circumference, BMI, height, and body fat percentage.

And thigh size remained a strong independent predictor even after researchers adjusted for risk factors such as smoking, exercise, alcohol use, systolic blood pressure, cholesterol and triglyceride levels, and (for women) menopause.

According to MSNBC, stomach fat is considered more metabolically active than lower body fat. While that may sound good, as this fat breaks down easily, the result is a release of substances called cytokines, which have been linked to cardiovascular disease, insulin resistance and diabetes. In fact, research on mice reported in 2008 revealed that belly fat boosts inflammation and is linked with hardening of the arteries—known to increase the risk of heart attacks.

But scientists think lower body fat, like that around the hips and thighs, produces beneficial hormones that protect against these diseases, though more research is needed to firm up this expectation.

In addition, this lower body fat also traps fatty acids. While this long-term storage can make it tricky to slim down your butt and thighs, it’s healthier for you if some fat stays put.

“If fatty acids are not stored in fat but in other organs like the liver or the arteries, this makes you prone to develop diabetes and heart disease,” Manolopoulos said. “One moment on the lips, forever on the hips. It really is exactly this phenomenon; the fat that goes there stays there”; that is, on the hips and thighs.

Manolopoulos reported that the most compelling evidence for the link comes from population studies showing the more fat individuals have in the hind area, the less likely they are to develop diabetes and heart disease later in life. Other evidence includes instances of Cushing’s syndrome, in which patients lose their hip and thigh fat while gaining stomach fat. These patients are known to have an increased risk for diabetes and heart disease.

The Role of Genes and Gender

Scientists aren’t sure how the body decides where to store fat, but it’s partially genetic. That genetic force can…

BlackDoctor.org recently sat down with Maisha Wynn: media personality and inspirational speaker. Maisha revealed to us her incredible weight loss journey and what it takes to overcome challenges. BDO: Is there a specific event or thing that happened to make read more about My Story: "Make It A Lifestyle, Not An Event"