From scene-stealing acting in movies like Love Jones and Devil In A Blue Dress, as well as memorable scenes in TV shows like Ally McBeal, actress Lisa Nicole Carson stole our hearts with her signature smile and down-to-earth personality.

She came back after over a decade of being out of the public eye, in the three-part New Edition miniseries on BET, playing Ricky Bell’s mother.

But where has she been all these years? It was like, just like that–she was gone. There were rumors of her struggling with bipolar disorder, but what really happened to the rising star?

Now, 52, in her revealing essay, she describes the turn of events:
The Incident:
I was the belle of the ball in the late nineties, with roles on Ally McBeal and ER and in Love Jones. I’ve always been full of energy and would often be twirling around on sets. But my high-spirited moments looked like something else to one of the producers on ER. He had a family history of bipolar disorder and thought I might be exhibiting some of the symptoms. I didn’t know what he was talking about or how it could apply to me, so I just continued with my life.

A year later I was in New York City catching up with loved ones when I unexpectedly had a fit in my hotel—yelling, throwing things, crying and raising enough hell that the staff called an ambulance. I ended up being hospitalized for a few weeks, and a psychiatrist gave a diagnosis: bipolar disorder. I was stunned and clueless, and so was my family. I didn’t want to believe I had any mental health issues and went into denial. I was supposed to take medicine, and I didn’t. I’m animated and exuberant, and this made it difficult to determine what was my normal and what was actually odd behavior.

The Wake Up Call:
After the incident at the hotel, I was in utter shock. I had thought I had it all together since people typically came to me for advice. But there I was. Professionally, I was on top of the world, and then

I had the rug ripped out from under me. If I had been seeing a psychiatrist or a therapist before the breakdown, maybe somebody would have been able to detect that I was off balance. Nobody close to me had a clue, and neither did I. During my stay in the hospital, I was given medicine to stabilize my moods, and I spoke with a therapist. Upon being discharged, I returned to Los Angeles and went back to work on Ally McBeal feeling more in control. Everybody on the show was wonderful to me, but my contract wasn’t renewed for the final season. Nobody gave me an explanation, but I assumed it had to do with what had happened. I was devastated. 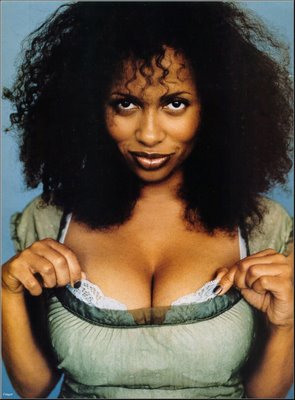 The Shame:
Once my episode became public, I was torn apart in the press, which really hurt. Up to that point,…