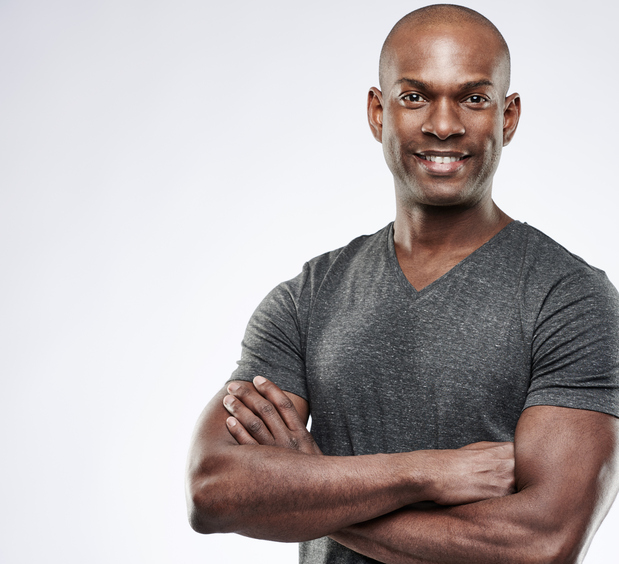 Black men are more likely to develop and die from prostate cancer than any other ethnic group. Scientists don’t know the exact cause, but it’s believed to be derived from a number of factors. This fatal disease is the most common cancer next to skin cancer amongst men in the United States.  According to the American Cancer Society, 6 out of 10 men ages 65 and older are diagnosed with prostate cancer. And nearly one in four Black men aged 45 and above are diagnosed with the disease, so something needs to be done.

Three of the top specialists on this issue, Dr. Robert L. Waterhouse Jr, Medical Director and Chief Medical Officer of Carolina Urology Partners, PLLC, pathologist, Dr. Crystal Moore and Dr. Jacques Carter of Harvard Medical School shared their expertise with BlackDoctor.org to answer our most pressing questions about the health solutions to combat prostate cancer in the Black community.

BlackDoctor.org: Why does prostate cancer affect Black men at a higher rate?

Dr. Waterhouse: Black men develop prostate cancer at an approximate twofold incidence and die of the disease at about 2.5 fold mortality rated. The adverse health care disparity for prostate cancer behavior in Black men has multifactorial etiology. I believe that biologic factors, environmental factors, socioeconomic factors, and factors related to shared decision making are all contributors.

There is scientific evidence that the oncogenesis of prostate cancer in African American men may have different molecular pathways and involve pathways that have greater virulence and intensity.  Some of molecular differences may be related to an increased incidence of hereditary prostate cancer, while others may be part of a complex array of acquired molecular changes that involve biologic networks for the immune system, inflammation, and other systems.

There are numerous racial differences in expression of genes involved with caner development.  Also, Black men are more likely to be obese and obesity is related to increased incidence and mortality related to prostate cancer as well as potential genetic links between obesity and prostate cancer.

The potential environmental factors may be related to both personal behavior and greater likelihood to live/work in unfriendly ecological settings. It is possible that greater tendency to eat a diet that contains more meat, high fat, fewer plant based antioxidants, and more processed foods with greater amounts of chemical preservatives may increase risk for prostate cancer development.  In addition, Black men are more likely to live in areas that have greater proximity to environmental toxins from industrial waste, sewage processing plants, and areas with poorer air quality.  Black men may have more exposure to occupational chemicals related to pesticides, organic solvents used for cleaning, and industrial fumes in multiple manufacturing and processing plants.

Socioeconomic factors include greater poverty that increases risk for lack of health insurance and lack of resources for medical coverage.  Lack of financial resources directly affects the social environment including insufficient transportation for medical visits, greater risk for homelessness, and inability to purchase medications or access pharmacies.  The resultant impact of these factors leads to increased risk for prostate cancer being diagnosed at a later stage and increased risk for incomplete treatment and follow up. An additional social factor relates to a culture in the Black community for men to resist seeking health care for prostate concerns and having fear about rectal exams or about loss of erectile function from treatment.

These cultural factors link to issues involved with shared decision making about diagnosis and treatment.  African American men may have greater issues with trust in our health care system and therefore are more likely to avoid it or not have the most productive encounters with health care providers.  There are cultural differences in communication that affect the likelihood for Black men to understand the risk of prostate cancer and the benefit for various treatments when it can be diagnosed at its earliest stages.  Data from the Cancer of the Prostate Strategic Urologic Research Endeavor Study found that African American men were less likely to receive radical prostatectomy compared with Caucasian men with similar disease characteristics. Therefore, ineffective shared decision making from suboptimal communication may contribute to late diagnosis, less effective treatment choice, and poorer outcomes.

We also know that black men develop prostate cancer at an earlier age with higher Prostate Specific Antigen (PSA) levels than white men and that they tend to develop more aggressive disease, based on the Gleason scores.  Black men also tend to have more advanced disease at the time of diagnosis when compared to white men.  According to one major study, this risk for advanced disease persists even after making adjustments for socio-economic, clinical and pathologic variables.  The exact reason for the disparity in the incidence of prostate cancer in black men is not completely clear, but is thought to be a combination of dietary and genetic factors.  The even greater disparity in prostate cancer mortality in these men is probably due, in large part, to lack of routine screening, poor access to health care, and more advanced disease at the time of diagnosis which certainly impacts the treatment outcomes.