“You on point Tip?
“All the time Phife.”

That chorus from the hip-hop classic, “Check The Rhyme” by A Tribe Called Quest continues to be a cornerstone of hip-hop.

One of the group’s founding MC’s, Kamaal Ibn John Fareed or better known as Q-Tip, or The Abstract, is often name-checked by lyricists like Kanye West, Mos Def and Kendrick Lamar. Tip, along with them are applauded for their willingness to step beyond the regular, cliche’ rap lyrics. And honestly, it could be argued that without Tip (echoing what Kanye said in an interview) there would be no College Dropout (Kanye West), no Black On Both Sides (Mos Def), and no Illmatic (Nas).

“It’s quite flattering and I appreciate it because I look at them like they’re giants,” says Tip modestly of the praise heaped upon him by hip-hop heavyweights like West, Pharrell and Common. “When they speak my name, it puts me up there and makes me feel good.”

“It’s been pretty much a cool existence to be in Tribe. I think one of the staying factors of Tribe is because, along with De La Soul, we were like, ‘It’s cool to be you,'” shares Q-Tip today of rap’s long-lasting love affair with A Tribe Called Quest.

“In the African American community specifically, coming up in the time that we did, you had to be hard,” remembers the 50-year-old of a childhood spent in Harlem, and then Queens, New York. “I grew up on the rough side of the tracks. If you looked like you were soft, you would be fodder for the wolves. I came up in my neighborhood like, ‘I’m just gonna be me,’ and all the thugs just said, ‘It’s OK, he’s special.’ They knew I had the talent with the rhymes, so they kept me around. I was always encouraged, and my family encouraged me too, just to be myself.” 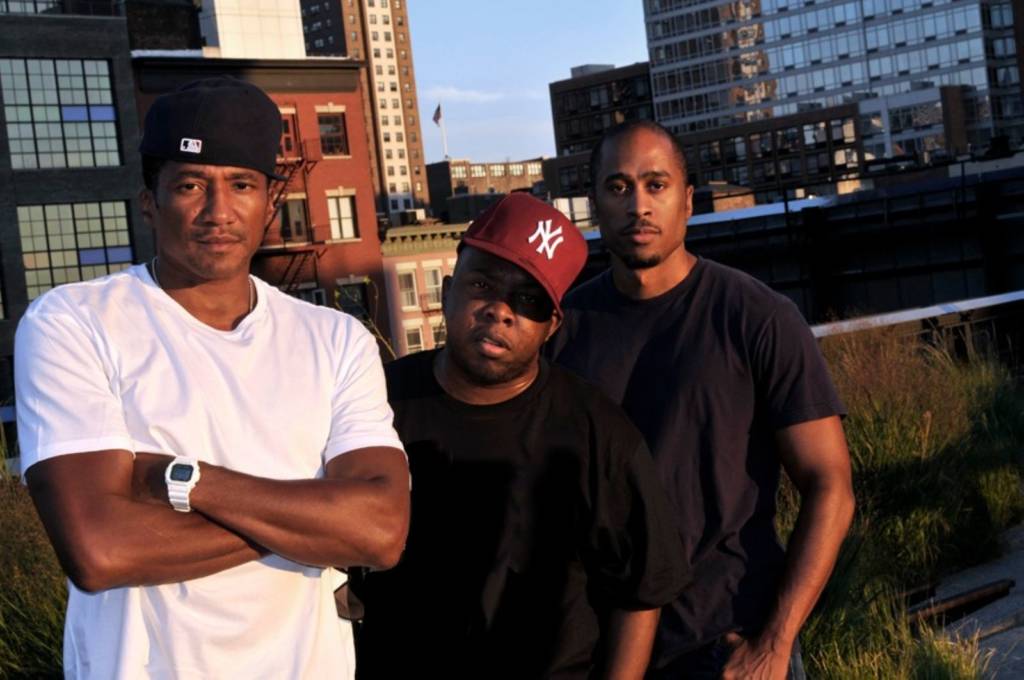 Today on his birthday, Tip took to social media and created a video with him jamming on the guitar before he shared an announcement. “Message from da Abstract,” was written over the clip before it continues with his message. “I pray🙏🏾 u and ur loved ones are n good health. Thank u for all the bday love…🙏🏾but I have something to share w[ith] u… AlGoRhythms, RIOTDIARIES, and THE LAST ZULU.”

Three new albums in the works! These new trio of projects is the first set of solo records that we’ll receive from Q-Tip since he delivered Kamaal The Abstract, which happens to be one of my favorite from him. It’s a gumbo-style song selection with a variety of sounds that are creative and funky.

Back in March 2016, the group and the hip-hop world as a whole, took a blow when fellow ATCQ founder, Phife Dawg, died due to complications from diabetes.

“Phife actually introduced me to rap. I’ve known Phife since I was four years old. He’s the one who put it in me to rhyme because he was always rhyming,” confessed Tip.

“I really believe he did the traveling back and forth, not for this record, but to make sure that me and him, Malik and Jon, were OK,” Q-Tip said. “Not Ali. Not Jarobi. He came to my house to make sure that he and I were OK.”

Q-Tip also recalled his last conversation with Phife. It was a phone call in which Phife expressed his…

“It’s supposed to be over for me...but here I am. I’m a late bloomer, and I’m okay with that. Know why? Late bloomers last looong,” the Academy Award-winning Taraji P. Henson, now at the golden age of 50, told W read more about Taraji P. Henson turns 50: “It’s Supposed To Be Over For Me…But Here I Am!”

Whenever someone lives to be well to their 80's, 90's and beyond, the question that oftentimes comes up is, "what's the secret to living a long life." You've probably asked it, or at least thought about it. What keeps these read more about Want to Live Longer? ‘Stay Away From the Hospital,’ Doctors Say

Who's the oldest person you know? Think about it. If they are in their 70's, 80's, 90's or even lived to be in their hundreds, they might have this one hobby in common. As a matter of fact, it's proven read more about The World’s Longest Living People Share this ONE Hobby