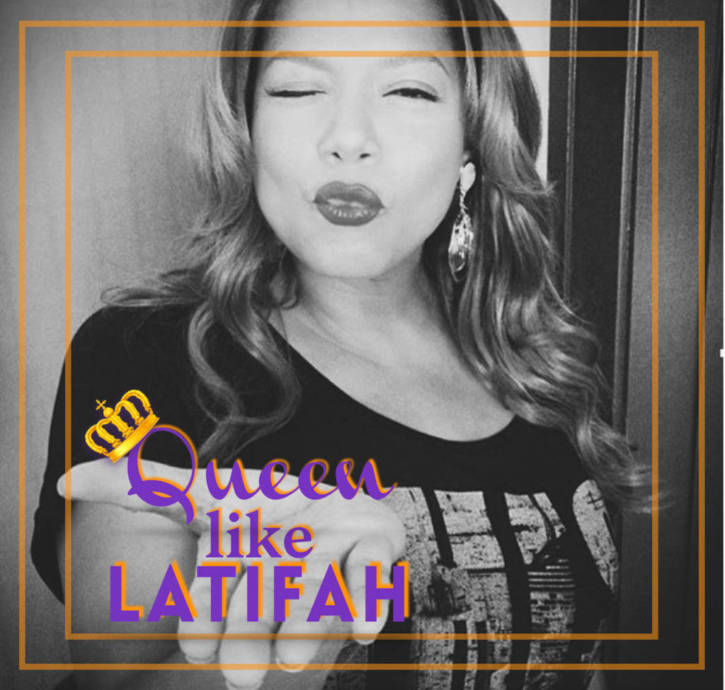 In 1989, she commanded all of us to ‘hail the Queen’ with her debut album, and Queen L-A-T-I-F-A-H has been in command ever since. Queen Latifah, the forever Jersey girl born Dana Owens, came into the game regal. Self-assured. Bold. Putting her sisters on the throne unapologetically with songs like “Ladies First” and “U.N.I.T.Y.” So, it comes as no surprise that she’s built a multi-faceted career as a rapper, Grammy Award-winning singer/songwriter, award-winning actress, author, TV/film/music producer, model, mogul, and talk show host. She’s also bossed up as a kick-ass caregiver to her mom. Queens do queenly ‘tings. True. But, my question has always been, how? When you have Queen Latifah on the phone for less than 10 minutes, you make sure to find out as much of the how as you can.

For the young women like myself and my girlfriends trying to rock their crowns while balancing their day job with the side hustle; child raising with caregiving; life with love life. Oh, and making time to drink water, workout and practice radical self-care…all while looking/being effortlessly fly.

I’ve always felt like Queen Latifah – the woman and many of the characters she’s portrayed in film and television –  just had this all figured out, like that wise older cousin who learned the ropes seemingly without ever getting tripped up by them.

She’s quick (and humble) to tell me that she’s “no expert” when asked about some of her best advice and best practices, but Queen was gracious enough to share what overflows from her cup of life thus far when it comes to Black women protecting our hearts, the importance of caring for our inner and outer well being, and truly living life.

Away from entertainment’s spotlight and in the midst of building her empire, Queen Latifah has served as spokesperson for the American Heart Association’s Rise Above Heart Failure initiative since 2015. The campaign is close to her own heart, as she’s the primary caregiver to her mother and her “rock,” Rita Owens, who is living with the condition. During the AHA’s recent Scientific Sessions 2017, Queen Latifah received a special 2017 Woman of Distinction Award for her dedication to raising awareness about heart failure (HF), a chronic condition affecting more than 6.5 million Americans.

As a woman who has always stood on the front lines for women to be seen, heard, protected and respected, I wanted to know why Queen Latifah felt it was important for women to understand heart failure, particularly when conditions of the heart are still believed to primarily affect men.

Queen Latifah: It’s definitely important for women to understand heart failure because, you know, this is something that affects us more than anybody, and we have to kind of become aware of that and sort of take control of it. Awareness is the key. That’s the whole point of why we became involved with ‘What the HF?’ campaign. Because my mom, like many women, was a woman who worked really hard. You know, the women who do too much sort of thing (laughs). You work really hard and you take care of the family and you go, go, go and you think maybe your fatigue is just fatigue because you work so much, but actually my mom had heart failure and she didn’t realize it. She had no idea why she’d sleep and still feel exhausted and never could feel like she could get enough rest. She was exhibiting some of these symptoms but we were completely unaware of it. And so, it wasn’t until she passed out in her classroom at the high school and was rushed to the hospital that we finally got some information… and it was actually heart failure. And although it was a scary situation when we found out about this, I mean, this is the last thing you expect someone to tell you, but it was something, and what we could do from that point on was get information and it was treatable. It was being treated, finally, you know. And she began to improve. And so, it doesn’t have to get to that critical point, is what the whole point is. Getting a regular check up is important.

Queen Latifah On Black Women, Stress and the Need for Self Care

As Black women, we tend to take on stress, hold things in, and keep it moving because we gotta keep everything together. This, of course, takes a toll on our health. I asked Queen how can Black women better protect our hearts, not just from a heart health standpoint, but also mentally and emotionally.

Queen Latifah: We have to try to take care of ourselves and we really have to, you know, really just recognize that stress kills. We have to try to do as many things to de-stress our lives, to take moments to just breathe. To try to get some exercise. To try to eat healthier. To try to incorporate these things into our lifestyle rather than, you know, sort of just quick hits. For instance, in our family when we got this diagnosis with my mom one of the first things she needed to do was decrease her salt intake. But we did that as a family. We weren’t just gonna cook a meal for my mom with very limited salt. We all did it together. So collectively, eating like that on a normal basis our taste for saltier foods decreased. We all began to eat healthier; we all began to decrease the salt intake, which is gonna have a good effect on all of our health. So, it’s something that you can do as a family and honestly, I can’t eat salty food anymore. I’m not use to it. So, it’s not something that necessarily happens overnight, but your taste buds change. My mom can’t even eat [salty foods] – she doesn’t like the taste of really salty things anymore. Neither do I or my family members who take care of my mom on a regular basis. This is just sort of how we live our lives now and it’s better for all of us. And it’s made us all more aware of our own health.

So, trying to get some exercise in when you can and really incorporating it into your daily routine; you know, taking a moment for yourself. If you can’t take care of yourself, it’s hard to take care of everybody else. It’s something I call ‘healthy egoism’ (laughs). It’s really just kind of taking a moment to put yourself first. It’s not a selfish thing, but when you’re taking care of you, you do a much better job taking care of everybody else.