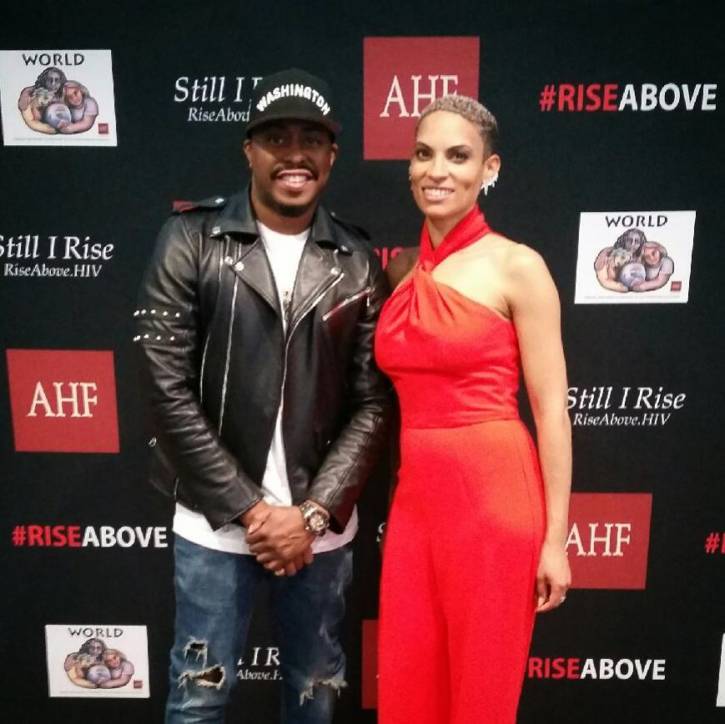 Grammy-nominated R&B recording artist Raheem DeVaughn and R&B/neo-soul artist Goapele have joined forces with AIDS Healthcare Foundation (AHF), the Reed For Hope Foundation, WORLD and Chicago-based South Side Help Center (SSHC) to present “RISE Above”, a national sexual health awareness campaign, on Saturday, June 17th at 7:00 p.m. at Park West, located at 322 West Armitage Ave. This “women’s only” event is free and open to the public, but attendees must register online for tickets at riseabovehiv.org. Doors open at 5:30 p.m. and seating is on a first-come, first-served basis.

The event will feature an intimate evening of live performances, conversation, free massages, giveaways and more.

Inspired by the late Dr. Maya Angelou’s powerful and impactful poem, “Still I Rise”, the RISE Above campaign focuses on eliminating HIV-related stigma by educating and empowering women of color about healthy relationships, sexuality and wellness.  Launched in Oakland, CA in early March 2017 as a part of National Women & Girls HIV/AIDS Awareness Day, the campaign will come to Chicago on Saturday, June 17th prior to National HIV/AIDS Testing Day (June 27).

On September 21, the RISE Above campaign tour will also hold an event in Cleveland, OH before culminating in Atlanta, GA in early November.

According to current statistics…