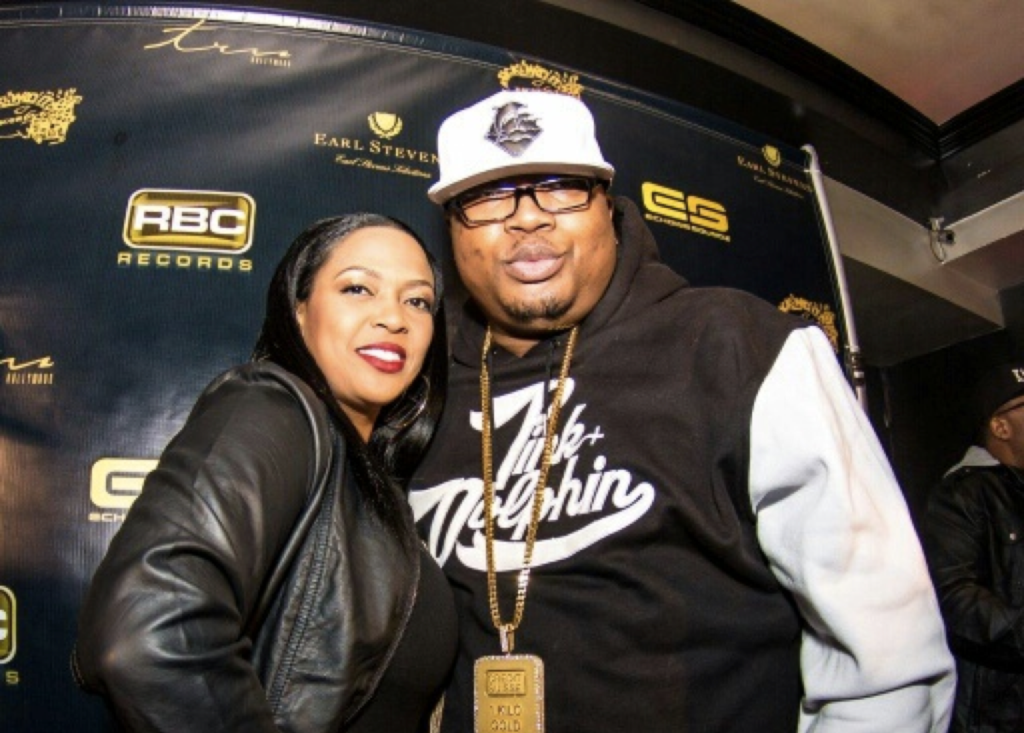 In this day and age where people change marital status like they change their socks, it’s rare to find someone in Hollywood or the entertainment industry married more than 10 years.

Once they get to the 10-year mark, then it gets even more rare with couple who have been married more than 20 years. And for those in the music industry, it’s even less.

That’s right, a whopping 30 years married, 36 years together. That’s like two lifetimes in the music industry.

Hailing from the California Bay Area, the couple met in high school and became sweethearts. In 2013, the hitmaker, known for his hit song, “Tell Me When To Go” and “Sprinkle Me” told XXL the key to their happy relationship is communication.

“It’s always good when two people like the same things,” he said. “The conversation has to naturally happen. That’s when you get into “what you like” and “what are you in to.”

Me and Her [Tracy] we love bowling, me and my wife. Any relationship, I’m talking about even with your kids, when you got something they can relate to—both of y’all—it helps.”

“Otherwise it’s going to be like, ‘whats up, whats up,'” continued Stevens. “Am I lying though? Its good to adjust to each other liking because you might like something that she don’t like and vice versa.

Communication, that keeps everything cool. Not holding anything back, you got to tell each other what’s on your mind, that’s really it. Otherwise when one gets mad at one, it can burst and you just let it out and it can just come out wrong.

We’ve been together for 30 years. We met in high school but we really met in junior high. I like her [Tracy] since the 8th grade [Laughs].”

In addition to his career as a musician, E-40 is an entrepreneur and investor who has ventured into other business and investment opportunities, including Microsoft.

There’s a good amount of effort involved when it comes to dating. You want to make sure you find someone whose interests are similar to yours so you can enjoy one another’s company, yet still have some healthy differences so read more about New Boo? Don’t Fall In Love Without Discussing These 6 Topics

Over the weekend in October 2016, one couple’s same-day proposal and wedding surprise has gone viral. It's hard to believe it's been five years since the couple said, I do. It all started when a man in love, planned for read more about 5 Years of #ForeverDuncan: Man’s Surprise Same-Day Proposal & Wedding Goes Viral