eat as many as they wanted, others were told not to eat any and a third group was told they could eat some later.

The researchers then told the students the experiment was over, and offered the M&Ms once again. Guess who ate the most? The group who was initially deprived. And the least? The group who had been told to wait and have some … later.

Keep in mind, though, that if you set a specific time or day to indulge in your temptation, your mind and body become programmed to actually eat it at that time. “When late afternoon comes around, say, an alarm bell will go off reminding you to eat. But if you postpone to a vague time (later!), that goal of eating is not reactivated.

The research found that by moving even the thought of consumption to the future, the goal of eating and indulging is no longer relevant to the mind and body, so they simply do not care and the craving naturally dissipates.

In fact, research theorizes that employing this strategy can actually build your willpower and help curb your cravings in the first place.

When the desire for pleasure is not reinforced by the consumption of pleasure, the body learns that the temptation is not all that pleasurable and exciting, findings reported.

So go ahead, have some M&Ms! Just not at this very moment. 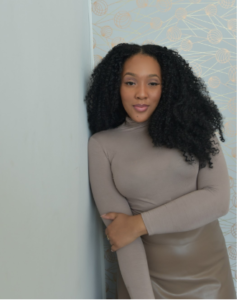 BlackDoctor.org recently sat down with Maisha Wynn: media personality and inspirational speaker. Maisha revealed to us her incredible weight loss journey and what it takes to overcome challenges. BDO: Is there a specific event or thing that happened to make read more about My Story: "Make It A Lifestyle, Not An Event"