If you don’t know Ron Cephas Jones’s name, you probably know his face. If not, maybe you know his goatee. Recently, Jones has had roles on USA’s Mr. Robot (R.I.P. Romero), Netflix’s Luke Cage and NBC’s breakout hit show This Is Us.

Both This Is Us and Jones are receiving critical-acclaim for the realness of his character and how he comes across on screen. But this is nothing new for the now 60-year-old veteran actor. He’s a theater veteran and has had supporting roles in literally hundreds of your favorite shows. So how has been able to do it for over 30 years? Jones explains it below:

“I start with what’s on the page and try not to get ahead of myself with what he should be feeling or what he should be doing and really staying in the present and focusing on what’s on the page,” confesses Jones. “And then of course, the dialogue among myself, the writer, and the director, trying to figure out where we want him to go, and his emotional arc and what-have-you. From just my own experiences with friends and family members, I try to draw on what different people are going through with difficult health problems and in my own life, and all the family connections that could be exploring that and drawing on that. But mostly, waiting to see what the script offers, what the words tell you, that inevitably gets you to where you need to be.”

His daughter, Jasmine Cephas Jones, is also an accomplished actor as she is currently on the ensemble cast for the record-breaking Broadway play, Hamilton. 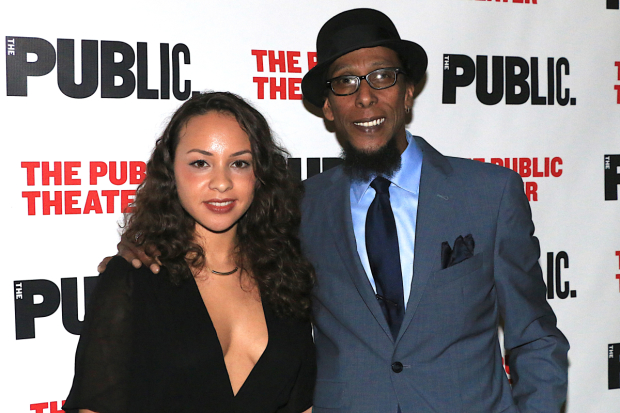 “So I was raising my daughter and I never wanted to leave her to come out here, and she was able to do that with me, and I kept getting these great theater jobs,” explains Jones. “To be able to travel with Sam Mendes and do The Bridge Project, and do Shakespeare all around the world and play the Old Vic and play the Old Globe and play Shakespeare at The Public. And to play Richard III and Prospero. And coming out to L.A. and pursuing television, there are so many actors that I know have no idea how to do O’Neill or Tennessee Williams or August Wilson or Shakespeare. I just felt honored and great and I was still able to make a living, and now I’m able to make a little more — and still have the quality. Which always doesn’t happen, either. You can have the success, but not the quality.”

“Everybody has their time. I stopped questioning it and just knew it would happen sooner or later, and if it didn’t I would be okay. I’d still be working as an actor, one of the most respected actors in New York on the stage, and…