Home / / 8 Red Flags You May Be Dating A Sociopath 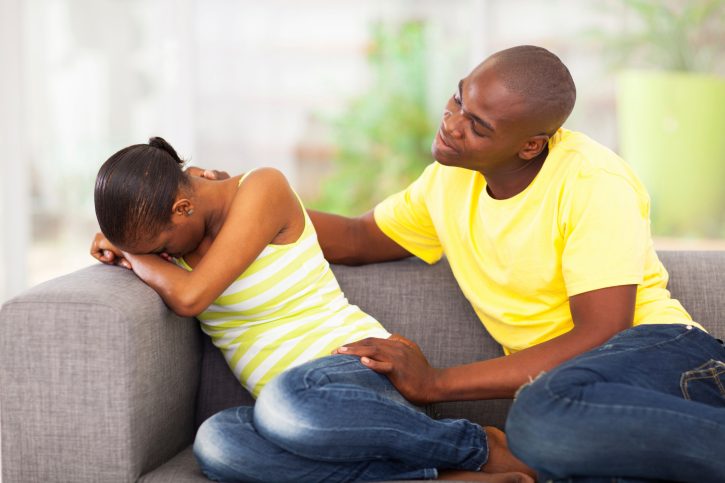 There is an unfortunate trend and buzz that has emerged across the national landscape as it relates to relationships.  The recent events of a few professional athletes, celebrities and others have shed additional light upon domestic violence, skewed relational roles/responsibilities, and how power manifests itself among couples.  Fragile egos, poor conflict negotiation skills, inadequate anger management skills and feelings of entitlement prevent couples from being able to sustain healthy relationships.

Even more recently, in the new film starring Morris Chestnut, Sanaa Lathan and Michael Ealy, The Perfect Guy, examines how one person could start off so sweet and then end up turning into something else completely–almost seemingly overnight.

A sociopath is someone who just doesn’t care about himself/herself or others. I was recently asked if there are sociopathic signs that one should look out for and give credence to BEFORE something violent occurs.  Here are eight dating signs that you should be sensitive to before getting into a long-term relatonship:

If your partner routinely says “No” with an attitude or aggressively confronts you about an issue, then you have been forewarned.  Verbal, physical, or sexual confrontation/coercion towards you, his/her family, friends, strangers or animals are warning signs that should not be ignored.

2. Property destruction, disregard for another person’s belongings, or vandalism are all considered to be sociopathic behavior.

If your partner has ever busted out your windows, keyed your car, slashed your tires, set fire to your clothes, or attempted to maim your pet, you should reconsider the viability of remaining in the relationship.

READ: The Most Common Mistake Women Make When Dating Is…

3. Repeated lying (by disclosure or omission), manipulation, or theft should let you know that your partner/potential partner may be a sociopath.

Making excuses for your partner by believing that some lies are okay or not that grand may only enable the behavior to become worse.

4. Deception by rule violation (e.g., not going to work/school or frequent tardiness).

We all have rules to follow in our homes and our jobs and if a person is unable to adhere to those explicit guidelines and norms, then there exists the possibility that they may not have high regards for their life circumstance, themselves or you.

READ: 6 Signs You Might Be Dealing With A Narcissist

5. A failure to plan and/or chronic impulsivity.

These “free spirited” folks sometimes have difficulty and rebuke structure. A failure or unwillingness to plan only invites chaos and disorganization.  Heightened impulsivity is the main ingredient to not thinking logically and pragmatically about how to solve issues.  Beware.

6. Reckless behavior and/or indifference to one’s own or other’s safety.

Aggressive driving, risk taking behavior or not caring about how his/her actions affect you may make your relationship fertile territory for sociopathic behavior.

Someone who fails/refuses to pick up his/her children from school, pay his/her bills, or routinely breaks promises may show that same disregard in a romantic relationship.

8. A general lack of compassion, empathy, or remorse about wrong doing can also be considered a symptom of sociopathy.

If you are in a relationship where a person demonstrates four or more of the above items mentioned above, then you should consider whether or not your relationship will be healthy enough for you to survive in.

Dr. James Wadley is an Associate Professor and Director of the Master of Human Services Program at Lincoln University. He’s a licensed professional counselor and marriage, family, and sexuality therapist in Pennsylvania and New Jersey.