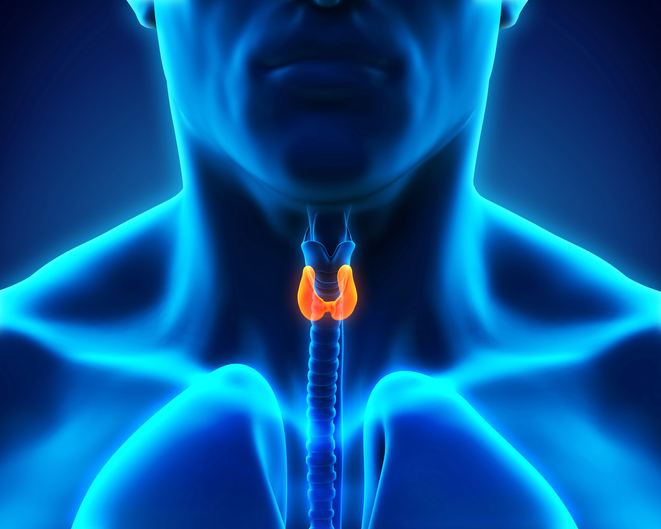 Q: What is the treatment for a swollen thyroid? – J.J.

A: A swollen thyroid gland is called a goiter. The thyroid gland produces thyroid hormone which regulates heart rate, blood pressure, growth and breathing. There are several conditions that can cause a goiter such as hyperthyroidism, hypothyroidism and some that are associated with normal levels of thyroid hormones.

If it’s large enough, you can see the lump from the side. The goiter may also feel tender to the touch, and you may find it hard to swallow. But some goiters aren’t that large and don’t cause symptoms.

When the goiter becomes very large it can cause symptoms because it presses on adjacent structures such as the esophagus and trachea. Symptoms that can occur related to a large goiter include problems with swallowing, shortness of breath, hoarseness, and stridor (a wheezing sound that results from turbulent air flow in and out of the trachea).

Worldwide, the most common cause of thyroid goiter is iodine deficiency, but in the US, that’s pretty rare because there’s iodine in our drinking water and some of the foods we eat, such as table salt. Hashimoto’s thyroiditis and Graves’ disease—2 autoimmune disorders—are much more common causes of thyroid goiters in the US. Thyroid nodules can also cause goiters.

Treatment for a goiter depends on the cause of the goiter. Goiters are treated with medications, treatment with radioactive iodine and observation or surgery. There are two major types of surgery:

Partial Thyroid Lobectomy
Partial Thyroid Lobectomy.This operation is not performed very often because there are not many conditions which will allow this limited approach. Additionally, a benign lesion must be ideally located in the upper or lower portion of one lobe for this operation to be a choice. One example is shown in our article about hyperthyroid treatments.

Thyroid Lobectomy
Thyroid LobectomyThis is typically the “smallest” operation performed on the thyroid gland. It is performed for solitary dominant nodules, which may be thyroid cancer or those which are indeterminate following fine needle biopsy. This surgery may also be appropriate for follicular adenomas, solitary hot or cold nodules, or goiters which are isolated to one lobe (not common)

The Latest In Thyroid Disease

By Jason Hughes Many people associate thyroid disease with older women. But as more celebrities, like actresses Zoe Saldana and Gina Rodriguez, open up about their struggles with thyroid disorders, it’s time to start thinking ahead in detecting the disease. read more about Thyroid Disease In Children

If you have hypothyroidism, you have an underactive thyroid gland. The thyroid is not able to make enough thyroid hormone for normal bodily function. Even though the thyroid is a small butterfly-shaped gland in the base of the neck, it read more about 7 Things To Avoid For A Healthy Thyroid

When we hear the word “psoriasis”, we tend to think about itchy skin, which is one of the main symptoms of the skin disease. Many people do not initially think of thyroid disease having any connection with psoriasis, but studies read more about Itchy skin? Look into Thyroid Disease