A growing number of actors and others in the film industry came forward in 2017 and made detailed accusations of rape and horrific sexual harassment against the Hollywood film producer, Harvey Weinstein. Nearly 30 women and counting, including notable Hollywood actresses such as Ashley Judd, Angeline Jolie, Rose McGowen, and Gwyneth Paltrow are outing the predator.

Actor Terry Crews took to Twitter to share his own account of sexual assault. Yes, THAT muscle-bound actor Terry Crews known for being in TV shows like Everybody Hates Chris and Brooklyn-9-9. Crews says he had to say something after being moved by the many stories coming to light in connection with the Weinstein allegations.

In a series of 16 tweets, Crews recounts an incident that involved an unnamed Hollywood executive groping his genitals while at an industry party last year. Naturally, he wanted to react, but instantly knew the ramifications of such actions as a black man. 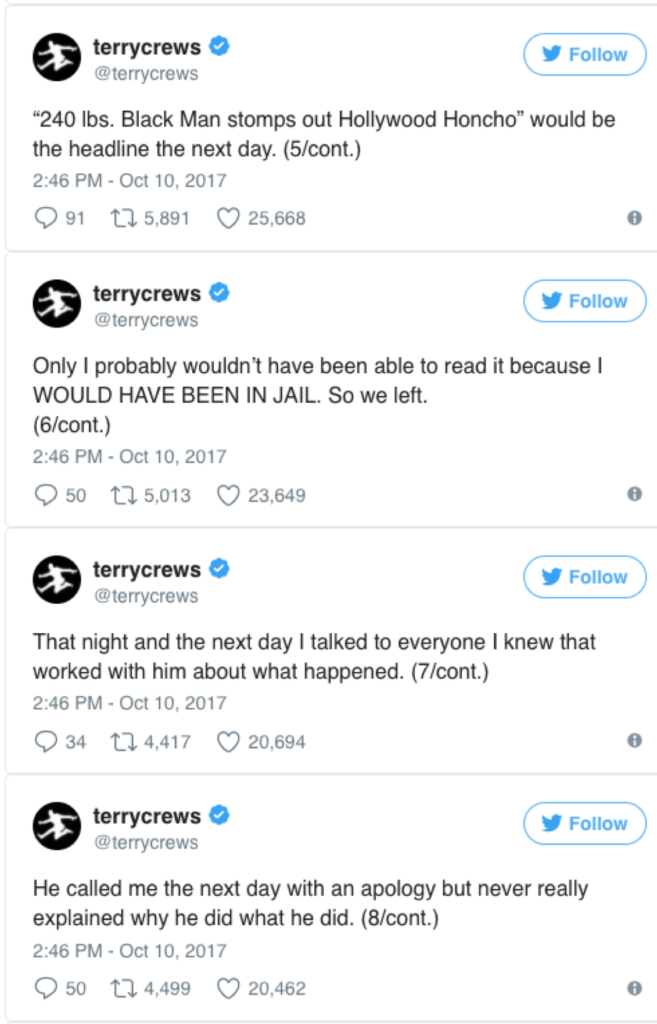 “I was just standing next to him, just halfway listening to the conversation, just looking around, and then all of the sudden, I saw him back up and shove the guy,” Rebecca told TMZ.

“He just starts swearing at him, and I was like…