Home / Wellness / Womens Health / Tia & Tamera Mowry: The Power of Being Your Own Person, Together! 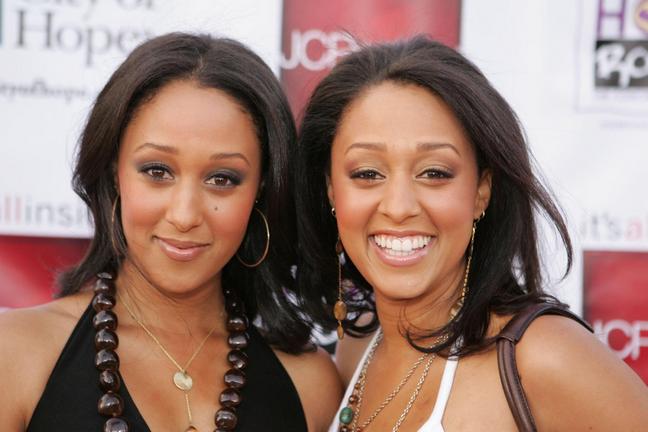 Both born in Germany, beautiful twins Tia and Tamera Mowry have earned their fame on shows like Sister, Sister and The Game.

The Mowry sisters were born in Gelnhausen in West Germany. Their mother, Darlene Renée Mowry (née Flowers), managed her children’s careers when they were in a singing group called Voices, and also worked as a security guard. Their father, Timothy John Mowry, was in the U.S. Army at the time of their birth, and later became a custody officer/jailer with the City of Glendale Police Department, when the family moved to California.

Their father is white, and has Irish ancestry, while their mother is of Afro-Bahamian descent. The parents met in high school, in Miami, Florida. Both joined the U.S. Army, and both would eventually reach the rank of Sergeant. The Mowry family growing up was described as “close-knit” and “very spiritual.” In fact, the sisters became born-again Christians when they were eight.

Tia is two minutes younger than her twin sister, Tamera. Tamera was born first, at 4:30pm, followed by Tia at 4:32pm. They also have two younger brothers, actor and musician Tahj Mowry and the youngest Tavior Mowry, who plays college football for University of California, Davis.

Both are now 41 years old, married with children and have had their fair share of health scares. Yet through it all, both have managed to keep smiling through it all.

Tia was diagnosed with Endometriosis, an abnormal growth of cells from the lining of your uterus that appears outside of the uterine cavity. It can be painful and cause fertility issues. Due to her diagnosis, Tia had two surgeries and was told she needed a third.

“Not being able to have kids was an immediate fear. It made me feel out of control. I knew that I desperately wanted to have children and after speaking with a nutritionist that came recommended by my doctor, I was reassured that with the right eating habits and lifestyle changes (no sugar, no carbs!), I would have a better possibility of getting pregnant. I started to see a light at the end of the tunnel. I became extremely health conscious, changed my diet, and I think those changes helped with ultimately getting pregnant.”

Some natural remedies for endometriosis include: