Home / Health Conditions / Back Pain / What’s Worse: The Back Pain Or The Painkillers? 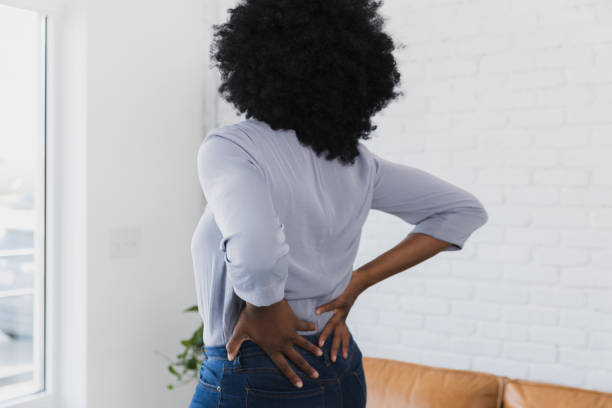 Millions of Americans with back pain take powerful and potentially addictive opioid painkillers. But in a new survey, many say the drugs provide only limited relief and they worry about taking them.

According to the U.S. Department of Health and Human Services, the rate of overdose deaths involving opioids — including prescription opioid pain relievers and heroin — nearly quadrupled since 1999. And more than 165,000 people have died from prescription opioid overdoses.

Seventy-five percent said the drugs had side effects such as constipation (65 percent), sleepiness (37 percent), thinking and memory problems (32 percent) and drug dependence (29 percent).

Stigma was another concern for these patients. Forty-one percent of those taking opioids said they felt judged for their use of the drugs. Even though 68 percent of the patients also took antidepressants, only 19 percent felt any stigma from using those medications.

RELATED: Don’t Risk Your Discs! 5 Tips That Will Save Your Back

“While some patients may benefit from opioids for severe pain for a few days after an injury, physicians need to wean their patients off them and use multi-modal therapies instead,” Buvanendran said in an ASA news release.

He said that these other therapies include physical therapy, bracing, nerve blocks, nerve ablation techniques (where nerve cells are destroyed to ease pain) or implantable devices.

Anti-inflammatory medications and alternative therapies such as biofeedback and massage can also help, Buvanendran added.

Check out these other natural ways to manage back pain:

Generally, back pain can be caused by a variety of factors, including poor posture, muscle imbalances, and lack of core strength. A seated workout that focuses on building core strength can be an effective way to alleviate back pain. It's read more about Back Pain? Try this 10-Minute Seated Workout

A construction worker might blame his jackhammer for his sore back. An office worker might chalk up the ache to an uncomfortable chair. Fair enough. But if either person happens to be a smoker, there just might be a different read more about Should I Give up Smoking for the Sake of my Back?

The typical bad posture symptoms that most people are familiar with include a painful back, as well as an aching neck and shoulders. But according to research, not standing and sitting up straight can set you up for some surprising read more about Straighten Up! How Bad Posture Hurts Your Health

An estimated 54 million Americans suffer from arthritis and even more from undiagnosed joint pain. Include more than 80% of adults who experience some form of back pain and you have hundreds of millions of people suffering. A large percentage read more about 5 Remedies for Joint & Back Pain

Lower back pain? You’re not alone. According to a 2013 Mayo Clinic study, back pain sends more Americans to the doctor annually than any other ailment. Whether you’re experiencing pain related to past epidurals (like myself), recovering from an injury, read more about 7 Ways To Naturally Relieve Back Pain