Rapper, music producer, actor, businessman and visionary, RZA is seen pretty much as the leader of the legendary hip-hop supergroup, Wu-Tang Clan. The Wu-Tang Clan has released five gold and platinum albums, selling 40 million albums worldwide. The group is often hailed as one of the most influential groups in the history of hip-hop. RZA produced almost all of the Wu’s albums, as well as many Wu-Tang solo and affiliate projects. He is a cousin of two other original Wu-Tang Clan members: GZA and Ol’ Dirty Bastard.

He is especially known for his music production, with a style that includes the use of soul samples and sparse beats that has proved highly influential. The magazine The Source placed him on its list of the 20 greatest producers in the magazine’s twenty-year history. Vibe listed him among the top 8 greatest hip-hop producers of all time.

On his 50th birthday, RZA reflects and says, “The blessing [of aging] is that I’m artistically getting greater, and getting greater opportunities on my journey. I was writing 16 bars; now I’m writing 120-page screenplays and seeing them come to life.”

Born as Robert Fitzgerald Diggs in Brownsville, Brooklyn, he is named after Robert Kennedy and John Fitzgerald Kennedy, both of whom his mother greatly admired. RZA has called his given name an “honorable” name, given the legacy of both Robert and John.

RZA lived in North Carolina with his uncle from age three to seven, who encouraged him to read and study. RZA was introduced to hip hop music at the age of nine, and by eleven, was competing in rap battles. He relocated to Steubenville, Ohio in 1990, to live with his mother. He spent weekends in Pittsburgh, Pennsylvania, where his father ran a convenience store in the city’s Hill District.

RZA got involved with petty crime and drug-dealing, and was charged with attempted murder while in Steubenville. He was acquitted of the charge, giving him what he has called a “second chance”.

In a RollingStone.com interview, RZA gets emotional about the whole ordeal and states, “The most crushing moment in that whole thing was the eyes of disappointment that my mother looked at me with. It was trembling. To have her look at me as if I was worthless because she never saw her son as the perpetrator of violence. But when I won, she looked at me and told me, “This is your second chance.” I’ll never forget the day when I brought her to her new home, yo.”

“My mother is my first hero because of how she persevered through struggle, hard times and heartbreaks, and she still had love, poise, dignity, pride and beauty, and she never stopped believing and praying that a better day will come. I think her children are an answer to her prayers.”

“My father is also a hero, even though he left when he was young. In his faults, he remained steadfast in his conviction; he cannot be deterred from the simple truth that he learned through life, which is… 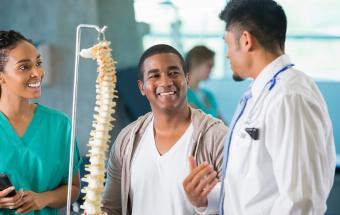 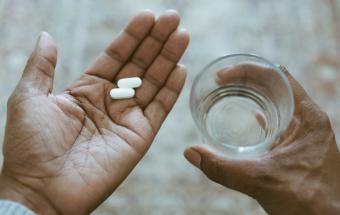