Many people know actor Boris Kodjoe for his long-running stint on the popular show, Soul Food. Or they may know him for his wife, fellow actress, Nicole Ari-Parker, who was also on the show. Or they may know him as the fit, handsome model that jumpstarted his career with ads in men’s underwear and high fashion.

With all that said, many do not know him for his brother and business partner Patrick Kodjoe. That’s right, Boris has a brother. Boris credits his brother for being his backbone, friend and confidant when he first made it to the United States from Germany.

“My mother helped me realize there was more to life than just tennis,” Kodjoe said in a 2014 interview. “But my relationship with my brother is great, he’s like my twin so he was always uplifting and supporting. Being in a new environment in the states you forget about it.”

“Everything I do is for my family,” brother Patrick chimed in. Family is undeniably important to Kodjoe. So is the business of fashion. He started World of ALFA with his brother and other business partners in 2010. But the idea for the company actually started when he was a teenager.

“Growing up as tall, lanky boys in Europe made it hard for Boris and me to find clothes that fit properly,” Patrick said. “We always had to get our clothes altered and I figured there had to be a better way.”

After injuries ended his pro-basketball career ended in Europe, Patrick started laying the foundation for World of Alfa. Both brothers were into sports. Boris actually landed a tennis scholarship in the United States, that’s what first brought them over.

Patrick spent nearly three years traveling the world to make connections and build alliances with people in the fashion, textile, and manufacturing industries. He launched the company with scant advertising and people immediately responded to the concept. 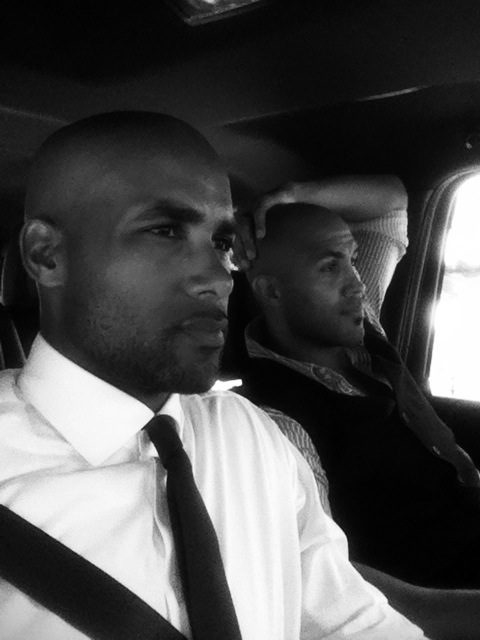 “We leveled the playing field by making custom-made clothing affordable,” Patrick said. “People were conditioned to accept whatever was in stores even if it didn’t fit right or wasn’t quite the right color. When they discovered that they could design clothes to their liking, they were hooked. Word of mouth has been our best marketing tool.”

In addition to growing the business, Kodjoe spends much of his time investing in the community.

He was one of the featured speakers on the UNCF Empower Me Tour, a program created to empower young people, motivating them toward academic excellence, personal and fiscal responsibility.

“Young people are constantly bombarded with the wrong messages,” he said. “We want to give them the right messages about how to dress, how to carry yourself, and how to communicate. Everyone has the power to control how they present themselves.”