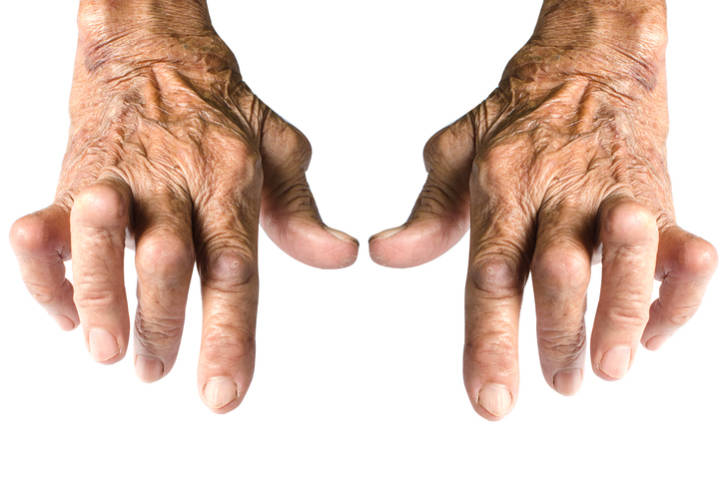 While eating the right foods can certainly transform your body, making poor food choices can wreak havoc on your body, in more ways than one.

For instance, take your joints. When they stiffen and swell, the pain can make anything from taking a stroll to simple daily chores miserable. While there’s no sure way to rid yourself of joint pain forever, if you’re one of the 1 in 5 American adults to suffer from arthritis, paying close attention to your diet may bring great relief (or pain flare ups).

Here are foods that can increase inflammation:

In most cases, tomatoes are considered an anti-inflammatory food, but they can be bad news for those who suffer from gout. Per researchers at the University of Otago, among 2,051 people who have the specific form of arthritis, 20 percent reported that tomatoes are a trigger. Of the data analyzed from another 12,720 people who did not have gout, study leaders found that eating tomatoes increased the levels of uric acid found in their blood – a major underlying cause of gout.

Research by the Mount Sinai School of Medicine showed that “cutting back on the consumption of fried and processed foods, such as fried meats and prepared frozen meals, can reduce inflammation and actually help restore the body’s natural defenses.”

It’s not just bad for your waistline. Not only do sugary drinks like diet soda put you at risk for diabetes and heart disease, but sugar consumption can trigger the release of inflammatory “messengers” called cytokines, the American Journal of Clinical Nutrition says. After analyzing data from two large studies spanning 30 years, researchers discovered a link between soda pop consumption and arthritis risk. In fact, women who drank one pop or more daily, had a 63 percent increased risk of developing arthritis than those who shied away from the bubbling beverage.
Here are foods researchers have found supply the body with powerful anti-inflammatory nutrients:

The Arthritis Foundation urges sufferers to eat at least 3 to

Many people can adjust to dealing with pain temporarily but living with chronic pain is another matter. If you’re trying to live well with aching joints, there’s some good news you need to hear. There’s enough research out there to read more about 5 Lifestyle Changes Your Joints Will Thank You For

Dr. Kim Huffman, an avid runner, gets a fair amount of guff from friends about the impact that her favorite exercise has on her body."People all the time tell me, 'Oh, you wait until you're 60. Your knees are going read more about Jog on: Exercise Won’t Raise Your Odds for Arthritic Knees

Knees are the most commonly injured joints in the body. Considering that when you simply walk up the stairs, the pressure across your knee joints is four times your body weight, it isn't surprising. Simple, everyday wear and tear read more about 10 Exercises That Decrease Knee Pain
Many American arthritis sufferers aren't getting any exercise despite its benefits for reducing pain and improving their quality of life, new research shows. The benefits of exercising can be increasingly helpful to Black people with arthritis, who are more likely read more about What are the Best Exercises for Relieving Arthritis Pain?

According to recent studies, many Blacks are dealing with varying forms of arthritis. In fact, they’re more likely to develop certain types of arthritis than other ethnicities. Regardless of what kind of pain you’re dealing with, it’s good to know read more about The Best Remedies For Arthritis Pain Are Hiding In Your Kitchen