Nowadays, braids are a protective and creative style women use to show off their personal style, their creativeness or protect their hair and scalp. But centuries before, braids were much more than just a hairstyle.

Braids are a part of the tribal customs in Africa. The braid patterns signify the tribe and help to identify the member of the tribe. The cultural significance and roots of braiding can be traced back to the African tribes.

There are many interesting beliefs associated with braid hairstyles. Braid patterns or hairstyles indicate a person’s community, age, marital status, wealth, power, social position, and religion. And in some cases, braids were a form of survival.

According to an instagram post by @KnowYourCaribbean, rice was hidden in braids in order to help slaves survive the middle passage (see the video below):

@KnowYourCaribbean shares that “many African women braided rice or seeds into their hair before journeying the Middle Passage, on their way to enslavement or braided it into their children’s hair before separation, so that they could eat. This video shot in the Maroon community of Suriname, the community with the highest number of undiluted African blood in the Western Hemisphere – demonstrates how their ancestors did it. But more interestingly so, Suriname is the only place where one can find a specific grain of rice from Africa. The rest of the ‘New World’ cultivated an Asian rice. Talk about the real version of ‘Protective Style’”

Depictions of women with cornrows have been found in Stone Age paintings in the Tassili Plateau of the Sahara, and have been dated as far back as 3000 B.C. There are also Native American paintings as far back as 1,000 years showing cornrows as a hairstyle. This tradition of female styling in cornrows has remained popular throughout Africa, particularly in the Horn of Africa and West Africa.

Historically, male styling with cornrows can be traced as far back as the early nineteenth century to Ethiopia, where warriors and kings such as Tewodros II and Yohannes IV were depicted wearing cornrows.

Elaborate patterns were historically done for special occasions like weddings, social ceremonies or even war preparations.

People belonging to a tribe can easily be identified by another tribe member with the help of braid Hhairstyles or patterns. 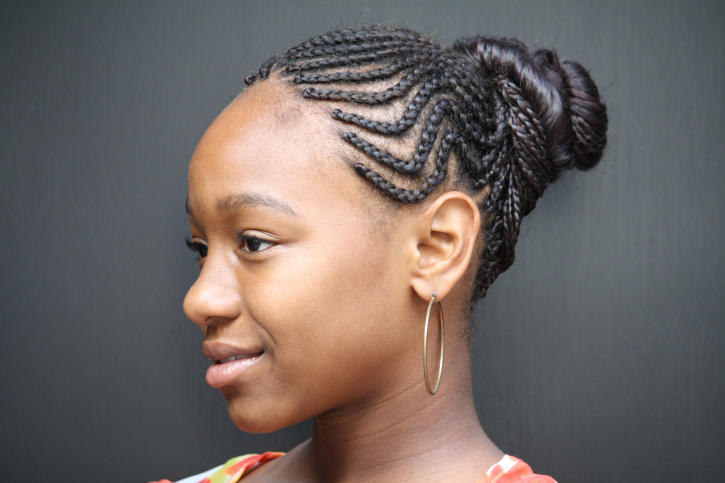 Immense importance is given to the custom of braiding. The person who braids hair performs it as both a ritual and a social service. It is an art form taught by the senior female member of the family to her daughters and close friends.

This history of braids goes even deeper when you talk about Columbia. Enslaved Africans first started arriving in Colombia in the 16th century, brought there by

Just when you thought you've found your "hair twin"( an individual who has the exact or similar curl pattern/texture) guess again! Natural hair isn't that cut and dry and simply finding your "curl twin" on YouTube isn't going to solve read more about 6 Reasons Why Following “Hair Twin” Bloggers/Vloggers Isn’t Helpful

Raise your hand if you've spent hundreds of dollars a month getting your hair done. You shave off a few dollars from grocery money or forgo paying a bill just to get that straight-out-of-the-chair look. And although your hairstylist may read more about Salon-Healthy Hair…At Home

So you want a new look and the first place you go to is social media to see what’s the newest hairstyle you should try. After scrolling up and down the timeline, searching for hashtags, and watching youtube videos, you read more about The Terrible Truth About Tape In Extensions

When we did the #30DayHairDetox, I discovered so much misinformation out in these Natural Hair Streets that I decided now would be an absolutely great time for me and my partner Aeleise to address them. 1. Pre-pooing natural hair with read more about 15 Things You’re Doing All Wrong To Your Natural Hair
Being natural doesn't mean you can't wear your hair silky straight every now and then. I mean, it is your hair AND your prerogative. What you need to be concerned about is how you make this transformation from big and curly read more about Secrets For A Non-Damaging Silk Press

If you love the idea of being able to shop the produce section of your grocery store for food and your hair care products, then I’ve got a treat for you! Today I’m sharing four awesome, natural DIY conditioners that read more about Autumn Ready: 4 DIY Conditioners For Softer, Healthier Natural Hair