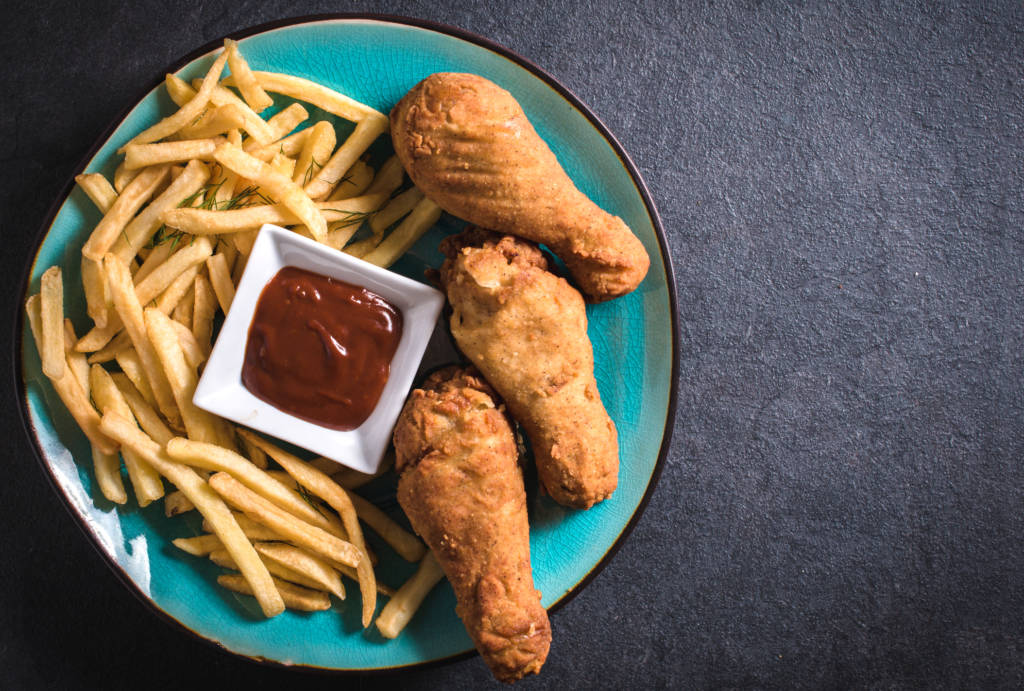 Ten. That’s it. Just 10 foods account for nearly half of all heart disease deaths in the U.S., researchers reported this week.

If people ate less of these foods and ate more nuts, fruits and vegetables, they could greatly lower their own risk of heart disease, the National Institute of Health says.

In 2012 report in the Journal of the American Medical Association, it stated that “more than 700,000 Americans died of heart disease, stroke or diabetes. “Of these, an estimated 45 percent (318,656 due to heart disease, stroke, and type 2 diabetes) were associated with suboptimal intakes of the 10 dietary factors.”

So what are these bad foods? Take a look…

A great choice instead of potato chips and the fattening dips that go along with it are the dynamic duo of pita and hummus. One pita has under 100 calories and less than one gram of fat. Hummus is an excellent, low-fat, low-cholesterol choice for a dip. And it tastes great.

It’s probably no surprise that these breakfast blunders made the list of worst heart foods. However, few people know how terrible can be. Just one Krispy Kreme Creme Filled Chocolate Doughnut is a doozey: 20g of fat (5 saturated), 23g of sugar, and 38g of carbohydrates. It’ll take you an hour to walk off the damage.

Eat this instead:
Reach for instant oatmeal, which has been proven to lower the bad LDL cholesterol and boost your

The Latest In Living with Heart Disease

In partnership with the Association of Black Cardiologists, a panel of experts discuss the latest issues and treatments for Black people and heart disease during the virtual State of Black Health Summit. Dr. Gigi:  The heart is not just a read more about The ABC’s of Heart Disease

Well, you know, we have whole textbooks. It takes three to four years to become a cardiologist. So certainly, I'm not going to suggest that I can cover the curriculum in one chat, but the general rule of thumb is read more about Here’s How To Manage Heart Disease (Video)

For some of us (70%, to be exact), this conversation will start off with a trip to your local YMCA to get swimming lessons. I bet you’ll want to get those lessons asaptually (new word) when you read about all read more about 3 Good Reasons To Go Swimming? Heart Disease, Diabetes, & Obesity