Home / Health Conditions / Lung Cancer / What Happens to Your Body When You Quit Smoking? 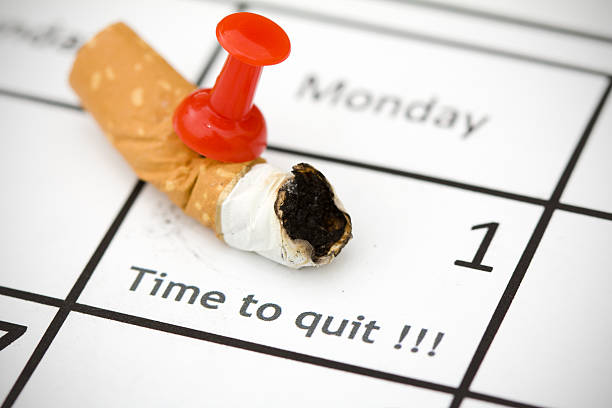 Giving up cigarettes can be excruciating, with cravings and withdrawal symptoms lingering for weeks, especially if you aren’t strongly motivated.

Yet, just minutes after that first smoke-free breath, your body starts to change for the better. And with all the healthy breaths you take in the weeks and months that follow, the benefits only multiply.

The health benefits of quitting smoking is the first and biggest reason to quit, according to the American Lung Association (ALA).

“Even persons who have smoked for many years or who have smoked heavily can realize health and financial benefits from quitting smoking,” Dr. Robert Redfield, then director of the U.S. Centers of Disease Control and Prevention, wrote in a forward to the 2020 U.S. Surgeon General’s report on smoking cessation.

“Although the benefits of quitting are greater the earlier in life that an individual quits, this report confirms that it is never too late to quit smoking,” he added.

Quitting will be hard, but worthwhile

Here’s what happens when you stop smoking: Withdrawal symptoms of quitting smoking include cravings, irritability and restlessness. Some will also have issues with concentration, trouble sleeping, hunger, weight gain and feelings of depression, anxiety or sadness, according to the CDC.

The health benefits of quitting smoking start about 20 minutes after the last drag. That’s when a smoker’s heart rate and blood pressure both begin to decline, according to the American Cancer Society (ACS).

It takes a few days for blood carbon monoxide levels to normalize. In two weeks to three months, circulation begins to improve and lung function increases, according to the ACS.

More gradually, that smoker’s cough goes away as mucus leaves the lungs. This is because the “cilia,” tiny hair-like structures in your lungs, have begun to heal.

While it can’t reverse lung scarring, quitting can help prevent the symptoms of