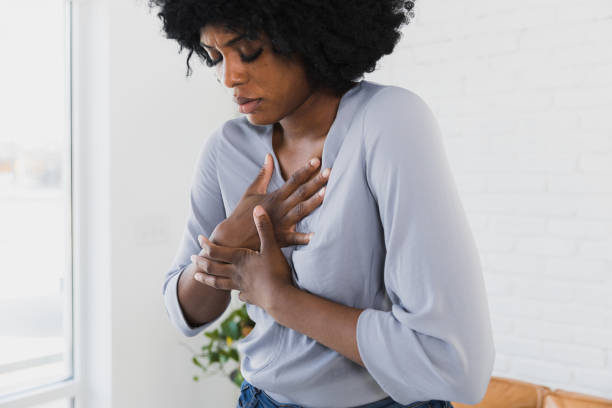 According to a recent Harvard study, only 25 percent of heart attack victims had no prior symptoms. The trouble is, these danger signs aren’t necessarily the symptoms you’ve been warned about.

Here are seven early warning signs that could save a life…including your own.

Sudden, unexplained episodes of rapid, irregular heartbeat and pulse can predate a heart attack by weeks or months. Skipped beats or arrhythmias that aren’t accompanied by an increase in heart rate are less serious, though they still need medical attention. However, an irregular heartbeat accompanied by an increase in the number of beats per minute — what’s known as supraventricular and ventricular tachycardia — can indicate a serious problem.

Scary stat: Ventricular tachycardia, particularly after exercise, is closely associated with sudden death, so it’s important to get help fast.

Top clues: The symptoms are easy to confuse with a panic attack. Your heart may feel like it’s pounding as if you’d just run for the bus or had a terrible fright. And the episodes are likely to come on suddenly. Typically, there’s no obvious trigger for the sudden heartbeat acceleration and arrhythmia, but there is a type of ventricular tachycardia that’s triggered by vigorous exercise in someone with heart disease. When these episodes last longer than a minute or two, dizziness and weakness may follow.

What to do: Call the doctor right away.

If you’ve been battling stomachache, nausea, or indigestion without any obvious cause, you might be mistakenly attributing cardiovascular symptoms to a gastrointestinal problem. Blockages of fatty deposits in an artery can reduce or cut off the blood supply to the heart, causing angina, which feels like squeezing, cramping, or pain. Although most people associate angina with chest pain, in many cases the body sends those pain signals down into the abdomen. Poor circulation and lack of oxygen circulating in the blood (caused by a weak heart or blocked arteries) can lead to ongoing nausea, indigestion, or vomiting, particularly in women or those over 60.

Scary stat: This symptom is particularly common in women, who are more likely to avoid going to the emergency room. This is one reason that 42 percent of women who have heart attacks die within one year, compared to 24 percent of men. And under age 50, women’s heart attacks are twice as likely as men’s to be fatal.

Top clues: The pain worsens with exertion and gets better with rest. You’ve been relying on antacids, antinausea medication, or other indigestion remedies for more than a few days. The symptoms are episodic, easing and then returning, rather than feeling like one long bout of indigestion.

What to do: Watch your symptoms for a few days to rule out a stomach virus or food poisoning. If symptoms persist, get a checkup for gastrointestinal illness, but make sure to ask your doctor to consider heart health as well.

A sense of crushing fatigue that lasts for days, weeks, or even months can signal

Your good health has an enemy — atherosclerosis. Atherosclerosis is common. And its effects can be very serious. This condition can lead to strokes, heart attacks, and death.  But, you can take steps to protect yourself from this disease. What read more about Hardened Arteries: 7 Ways To Reverse It