Baking soda is 100% sodium bicarbonate, which can be used as a leavening agent in baked goods. When mixed with an acid, baking soda reacts, making bubbles and giving off carbon dioxide gas, which causes dough to rise.

Anecdotal reports throughout history suggest that many civilizations used forms of baking soda when making bread and other foods that required rising.

In its natural form, baking soda is known as nahcolite, which is part of the natural mineral natron.

Natron, which contains large amounts of sodium bicarbonate, has been used since ancient times. And many of the benefits still can be used today. Here’s a few below:

Just soak 1 1/2 tablespoons of baking soda in 1 1/2 cups of water and put your fingers (up to the cuticles) in the mixture for 7-10 minutes. Rinse thoroughly afterward and you’ll see the thin layers of dead skin come off.  Also, after continued use, you’ll see how healthy your cuticles will look.

Some people will just sprinkle on baking soda as a natural deodorant. For sensitive skin, try mixing a tablespoon of baking soda with water until it forms a paste then apply paste underarms. It lasts for at least 8 – 10 hours!

Using baking soda, you can create a natural, therapeutic treatment for your skin that protects it against conditions like eczema. It’s forms a natural protective layer. Here’s how:
Preparing a Tub full of Warm Bath Water:
Do not make the bathwater too hot. The temperature should be warm to the touch.
Baking Soda Bath Recipe: Add 1 cups of Baking Soda to a bathtub of between 20 = 30 gallons of water.
While Bathing:
Soak in the tub of water for approximately 10 – 15 minutes.
Rinse off with clean lukewarm water to remove all residual baking soda grit.
Post-Baking Soda Bath:
Pat the skin dry using a soft organic cotton or bamboo terry towel.
Immediately apply any topical medication and/or moisturizing emollient specially formulated for treating eczema that is chemical and fragrance-free.

Here’s a simple way to gently get rid of dead skin: Mix 3 parts of baking soda to 1 part water. Rub gently in a circular motion and then rinse clean. 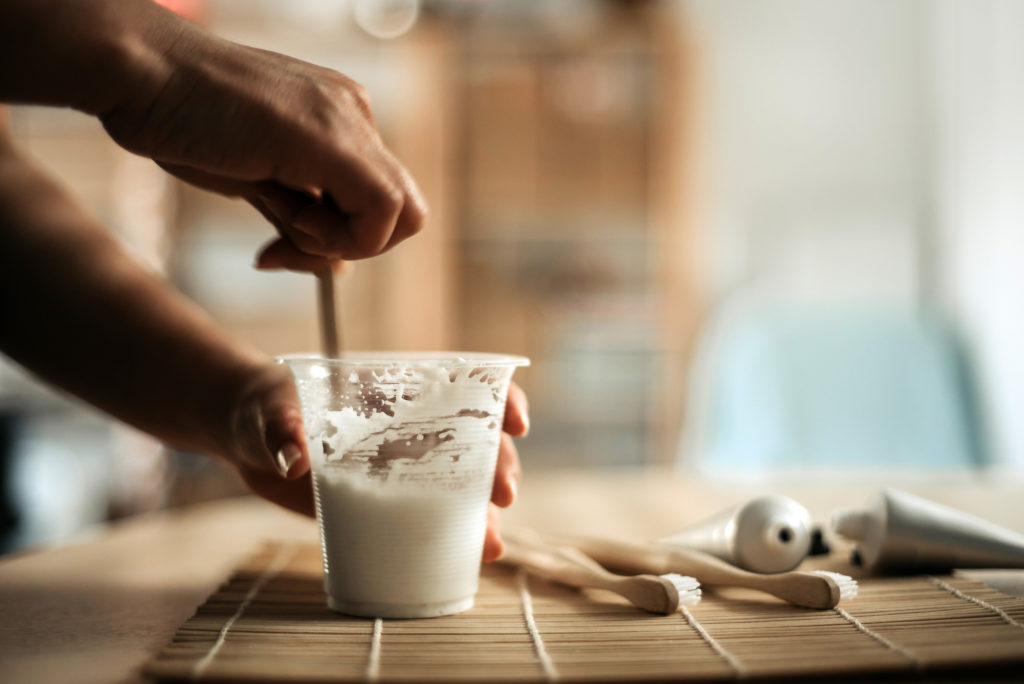 Mix 1 tsp of baking soda in a glass of

People are motivated to create new goals every year to set them up for success! From losing weight, starting a new facial regimen, becoming healthier, including more of this and excluding less of that - In sometimes grandiose mannerism, people read more about Trend or Remedy? Is Celery the Natural Cure for Eczema

Living with a skin condition such as eczema can cause you discomfort, especially in the summer when your flare-ups may be more aggressive due to the humid heat. But did you know that the summer treats you enjoy indulging in read more about 3 Summer Treats to Avoid if You Have Eczema

Though Kerry Washington is most known for her role in ‘Scandal’, she started acting at a young age. While she was a teenager, the future actress performed with the TADA! Youth Theater teen group. Her first venture to the television read more about Black History of Health: Kerry Washington

Eczema affects around 31.6 million individuals in the United States, accounting for more than 10% of the population. Everyone can have eczema. Ten percent of Black Americans, 11% of whites, 13% of Asian Americans and Pacific Islanders, and 13% of read more about How To Deal With Your Eczema & Post-Inflammatory Hyperpigmentation

Don’t you hate when something feels so right but you know it’s so wrong? Or what about something that tastes so good but it’s really bad for you? Like a double bacon cheeseburger with loaded french fries? Yes, that sounds read more about These Juicy Fruits Are Ruining Your Skin

As someone living with eczema, you know that your skin is extra-sensitive and prone to dryness. Go to the store and you'll find a laundry list of lotions, creams, etc. and you've probably tried a few of them. Some of read more about How To Choose the Best Eczema Product For Your Skin