A big congratulations go out to funnyman Martin Lawrence aka “Marty Mar” for getting engaged Friday, March 31st to his girlfriend Roberta Moradfar. His bride-to-be captured the ring the moment on her social media below. 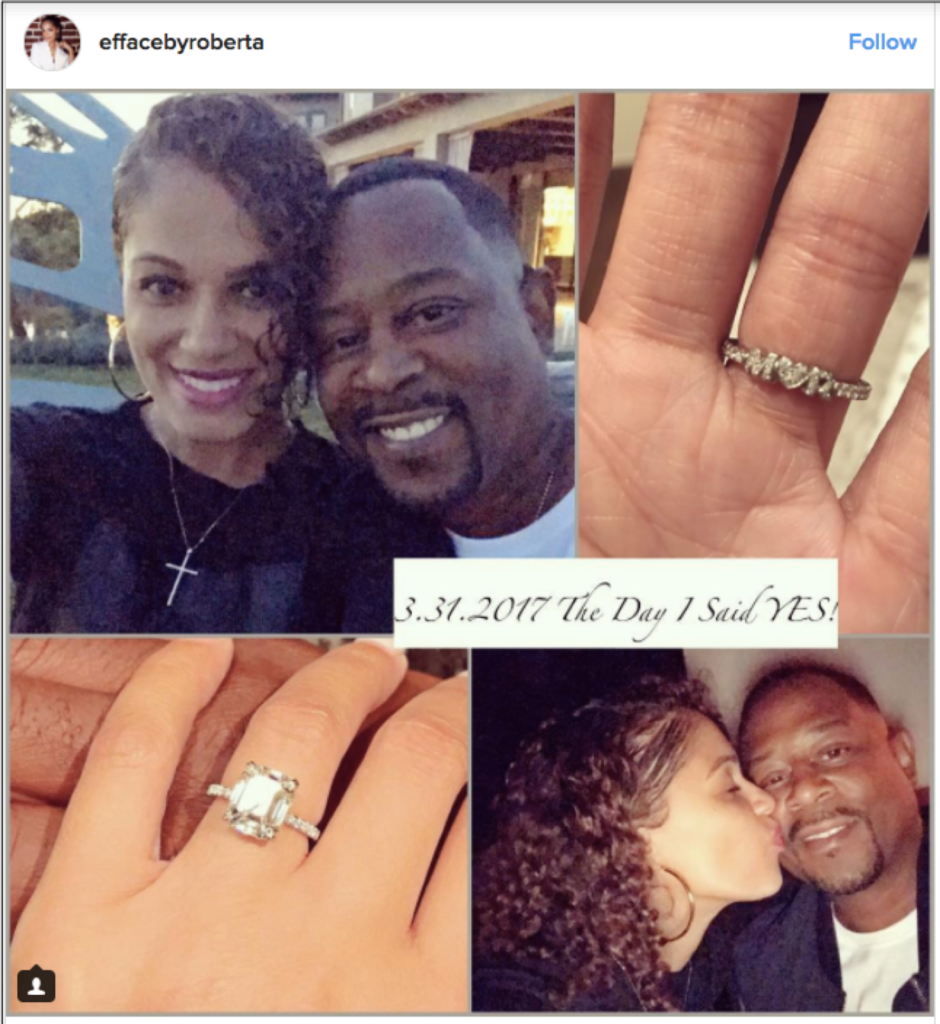 Whether or not this will be the first marriage for Moradfar is unknown, but she will be bride No. 3 for Lawrence. The actor, who is gearing up to begin filming “Bad Boys for Life” in Atlanta in April, according to Patch, was previously married to former “Hollywood Exes” reality star Shamicka Gibbs from 2010 to 2012 and Miss Virginia USA 1993 Patricia Southall from 1995 to 1996.

Sources connected to the couple tell us Martin worked for months with Iconic Jewels Beverly Hills to create the custom 5 carat emerald cut engagement ring. He added another carat for the band alone, which has Martin and Roberta’s initials spelled out in diamonds. Martin popped the question Friday night to Roberta, a nurse practitioner … just a few hours after the ring was delivered to his home.

Ever wonder what men REALLY want in a wife? You may think that you're wifey material, but are you really? Psychologist, minister, and author Dr. Alduan Tartt reviewed the US Census data that detailed that close to 83% of African-American read more about 5 Qualities Men Want in a Wife

Breaking up sucks, but it isn't just for significant others and lovers. Sometimes you outgrow your friendships. Many times we outgrow these relationships long before we even start seeing the signs. Breaking up with your friend is just as hard read more about How To Recognize A Toxic Friend

Facebook and Twitter are always filled with messages, status updates and memes containing words of wisdom for those who are in the dating pool waiting to find true love. Many of these status updates come from people who have passed read more about The Most Common Mistake Women Make When Dating Is…
Breakups are hard--whether you’re on the receiving end or the heartbreaker. Your emotions are at an all-time high. You may even rack your brain over whether or not you made the right decision. Once the loneliness, doubt, resentment, or regret read more about 5 Telltale Signs You Only Think You’re In Love With Your Ex

We all have different ways of communicating what we want to express to others, however, connecting with your partner was made easier 30 years ago when author Gary Chapman created the concept of "love languages". The author of the best-selling read more about Love Language Test: What’s Your (Or Your Partner’s) Love Language?

Divorce can be rough, but for the divorcee that is ready to start anew on a journey toward companionship, the dating scene can be pretty intimidating. After so many years of being in monogamous matrimony, one can become unaware of read more about Let’s Do It Again: How To Date After Divorce