Home / Lifestyle / Celebrity News / Rickey Smiley: “Stand By Your Truth, then Run for Your Life” Born in 1968 in Birmingham, comedian Rickey Smiley’s father was shot to death when he was six years old. His mother depended on extended family to help raise Smiley, who grew up primarily in the care of his grandparents. It was his grandmother who Smiley had the deepest connection. She took him to church, took him to funerals, raised him in the church and it was that much of that love that helped shape who he is today.

Smiley’s come a long way since singing in the church choir. His Atlanta-based radio show, The Rickey Smiley Morning Show, is now in 70 markets, reaching over 10 million listeners every morning. On top of that, FOX syndicated show Dish Nation, where he and his crew alternate with other radio personalities, give their nightly spin on the pop culture headlines, hit number one in New York.

Smiley’s characters always get the laughs at his comedy shows. Fan favorites include Lil’ Daryl, Church Announcements with Sister Bernice Jenkins, where he incorporates his hilarious church background, and of course his popular prank calls. Although Smiley, also an accomplished pianist and other instrumentalists, first realized he was funny around seventh grade, it wasn’t until his senior year at Alabama State University in Montgomery, where he majored in music, that he turned to comedy. 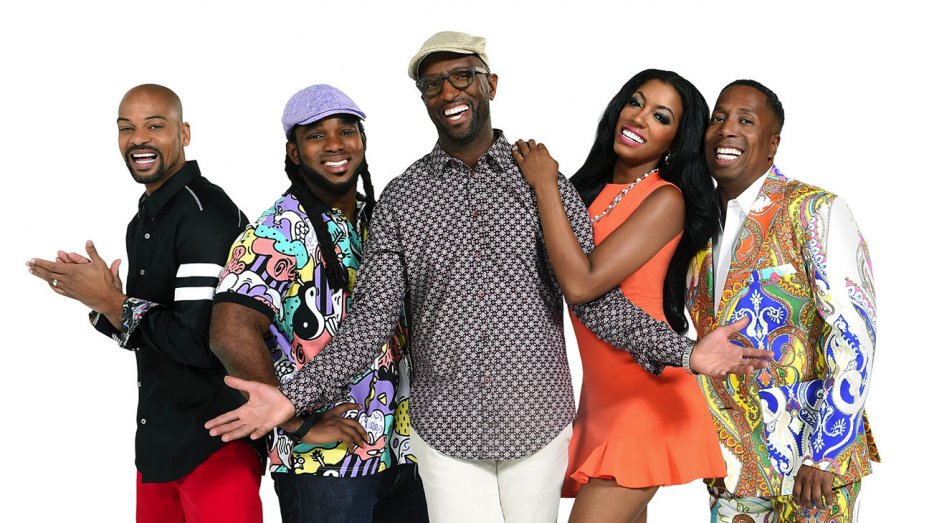 Despite enormous success, in his book, “Stand by Your Truth, then Run for Your Life” he calls himself a self-proclaimed “good ole country boy,” life is all about family. After all, it was his grandmother and other extended family who practically raised him. And when his grandmother passed away, it was up to Rickey to keep the family together, even though at times it was rough.

“I sit in my church and on a lot of Saturdays, I sat there and watched a lot of my church members bury their loved ones and you know, you just have to be there for people because it’s the toughest thing for all of us to go through,” he vented in 2013.

Getting personal, the single dad said, “It’s a struggle for me. When I lost my grandmother, I felt like I lost my best friend. I felt like my world was caving in and my life ain’t been the same.”

YOU MAY LIKE: Steve Harvey Is Literally Running From Homelessness

When describing what his home life is about, Rickey keeps it simple and plain and tells it like it is just like his Grandmother would have.

“It’s a real simple life. We ain’t balling out and popping Champagne!” FLossing may not be a…