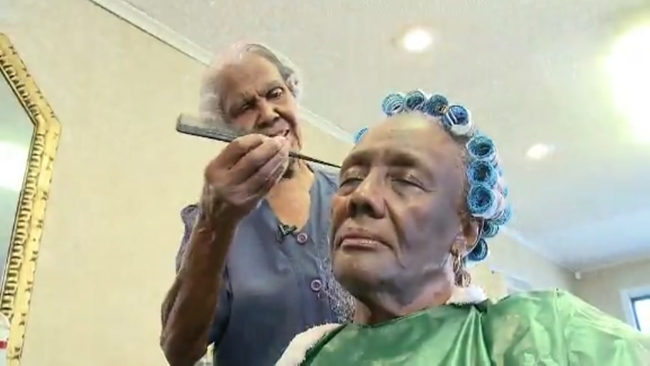 It’s one thing to find a job that you’re good at. It’s another thing when you find something you’re passionate about that you can do for the rest of your life even after reaching 100 years old. At 102 years old, Callie Terrell has literally done both and she’s being celebrated for the incredible life she lived.

Callie was a hairstylist and beautician who had been doing this for almost her whole life and yes, even up until she died this year in 2021, she still had clients. You would think at over 100 years old she would just sit down somewhere and enjoy grandchildren like many her age, but nope, not Mrs. Terrell. She simply loved what she did.

“I work because this is what I’ve enjoyed doing all my life,” Terrell said back in 2018 in an interview with WREG-TV Channel 3 in Memphis.

Boyd says until her mother moved to Ohio last August, she continued to work whenever possible.

“She’d been doing it so many years and she only had a few customers. She usually worked on Fridays and she did my hair and a few other people’s hair,” Boyd said.

Boyd says her mother was always aware of current events, and Boyd’s favorite memories are simple conversations between the two.

Her only grandson, Jai Boyd, added, “She was really good at her craft and she took a lot of pride in her work.”

Family was all-important to her. Her biggest smiles were during holidays when family would gather or during the summer months when “out of town” family would come and they would all gather at her house or one of her sister’s homes in Memphis, or under the huge tree at her sister Beolia’s house in Hernando. She was overjoyed with her grandchildren, Jai, Aja and Erin. And, at the age of 99 she was thrilled to get her first great-grandchild, Mireille soon followed by Bennett and Sibylla. Her last big trip was in 2019 to Los Angeles to meet Bennett.

Callie was raised on a farm in DeSoto County, Mississippi. She enjoyed her early life there and often remarked about how she hated being sent to Memphis, at the age of 10, to live with her older sister, Effie Williams and her husband, to complete her education.

After leaving Hernando, Callie was educated in the Memphis public school system. She attended

The Latest In Anti-Aging Beauty

Annette Larkins, a 79-year old, has been referred to by the national media as the “Ageless Woman.” This dynamic and creative black woman is full of life and exudes passion about living and what she puts into her body. If read more about 80 Going On 40: How Annette Larkins Has Found the Fountain of Youth

Ellen Ector, a 69-year-old mom of five and a grandmother of four, is a health inspiration to thousands of people everywhere. After 20 years as a social worker, she decided to quit her job and pursue fitness training in 2009. read more about 69-Year-Old Grandmother Is Proof Age Is Nothing But A Number