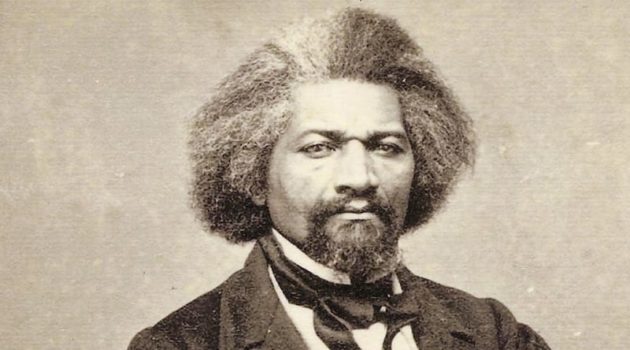 Frederick Douglass was one of the great American anti-slavery leaders of the 1800s. Born a slave in Maryland, he quickly learned that God had a much bigger plan for him.

After escaping slavery he became a prominent activist, author, and public speaker. Douglass published his memoir Narrative of the Life of Frederick Douglass, an American Slave in 1845. Eloquent, smart, and determined, Douglass gained fame as a speaker and became a ‘conductor’ on the Underground Railroad. In later years he became a personal friend of Abraham Lincoln and helped persuade Lincoln to issue the Emancipation Proclamation. He also was a strong supporter of women’s rights. He is often described as the founder of the American civil rights movement.

Douglass also became a leader in the abolitionist movement, which sought to end the practice of slavery, before and during the Civil War. After living a full life, in 1895, Douglass returned home and died of a massive heart attack.

While many are aware of the legacy Douglas left behind, many people don’t know that, like many Black Americans today, Frederick Douglass also lived with Diabetes. A condition that is not often mentioned in his life story, but was still very much a part of it.

Diabetes in the Black Community

Compared to the general population, African Americans are disproportionately affected by diabetes:

• African Americans are 1.8 times more likely to have diabetes as non-Hispanic whites.

• 25 percent of African Americans between the ages of 65 and 74 have diabetes.

• 1 in 4 African American women over 55 years of age has diabetes.

Diabetes is associated with an increased risk for a number of serious, sometimes life-threatening complications, and certain populations experience an even greater threat. Good diabetes management can help reduce your risk; however, many people are not even aware that they have diabetes until they develop one of its complications.

What are the Signs and Symptoms?

Prediabetes is a fairly “invisible” disease. You can have prediabetes for years but have no clear symptoms, so it often goes undetected until serious health problems such as type 2 diabetes show up. If you have risk factors for prediabetes, it’s important to talk to your healthcare provider about getting your blood glucose tested. Prediabetes most often occurs in people who:

Living with any chronic disease can be a difficult and isolating experience. However, there is no reason to sacrifice your quality of life! It’s completely possible to balance a full social life while also doing what is best for yourself read more about Being Social with Diabetes: Staying Healthy & Happy

The concerns and fears of being positive for COVID-19 continue over a year later in the United States, and fortunately, access to vaccines has increased for more people and age groups. Still, there remain some who are weary and not read more about The Higher the “Sugar”, the Higher Risk of Death From COVID