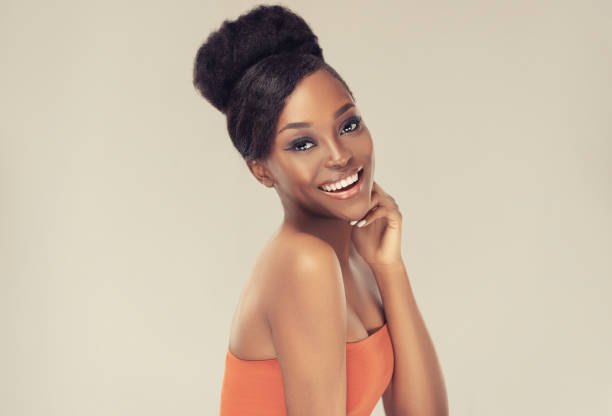 By now everyone has probably heard about what happened at the Oscars with Will Smith and Chris Rock due to his “G.I. Jane” joke about Jada Pinkett and while everyone has their opinions and jokes about it, the slap raised a bigger conversation. The slap shed a light on alopecia, a condition that affects so many Black women. This conversation is so important because so many people who experience hair loss do not seek help from medical professionals and often go undiagnosed.

Earlier this year, Pinkett opened up about her 2018 alopecia diagnosis and the challenges of publicly losing her hair and confidence.

“Look at this line right here,” Pinkett Smith, 50, said as she pointed to her scalp. “Now this is going to be a little bit more difficult for me to hide, so I thought I’d just share it so y’all not asking any questions — but you know, mama’s going to put some rhinestones in there, and I’m going to make me a little crown.”

According to a 2017 study by Johns Hopkins Medicine, Black women who have CCCA may be at a greater risk of developing fibroids, which may be linked to a genetic predisposition. Discoid lupus is also common in Black women and can cause scarring hair loss.

“We’re still researching the exact cause, but we think it’s multifactorial: one being genetics,” Lenzy says. “We do know that people of African descent are more prone to scarring conditions like keloids and CCCA is a scarring type of alopecia so it may be a genetic predisposition in a lot of people.”

READ: 10 Things Professional Hairstylists Want You To Stop Doing To Your Hair Now

“Certain hair care practices like braids, weaves and locs have been associated with this condition, and Black women tend to wear those styles more than women of other races.”

Because of Black women’s predisposition to alopecia, it’s important to understand both the risk and severity of this form of hair loss. Here are five things you need to know:

1. Your protective styles may not be so protective.

The braids and sew-ins may not require your hair to be manipulated with heat and styling as often. But when they’re too tight and done too often, your hair suffers. Instead of getting these styles back-to-back, you need a break.

“Doing certain styles to give your hair a rest is okay, but if you do that for a prolonged period of time, that’s too much weight and tension on the follicles, and that can lead to

You might think of seeing a skin specialist for cosmetic procedures, to freshen skin or to get rid of lines. But do you recognize the signs of problems that need the attention of a skin doctor? Here are some of read more about 13 Signs You Need to See a Dermatologist

It’s that time of the year when the flu comes in and wrecks havoc on the nation. Having the flu can be a miserable experience. From the symptoms you endure to how it can break down your body, getting the read more about Beware Of The Flu! It May Be Triggering Your Other Symptoms

Using the proper skincare products is essential for anyone, but especially for a baby whose skin is extra sensitive. In the first few months, it is common for a baby to develop crusty, flaky patches on their skin. The good read more about How to Protect Your Baby Against Eczema