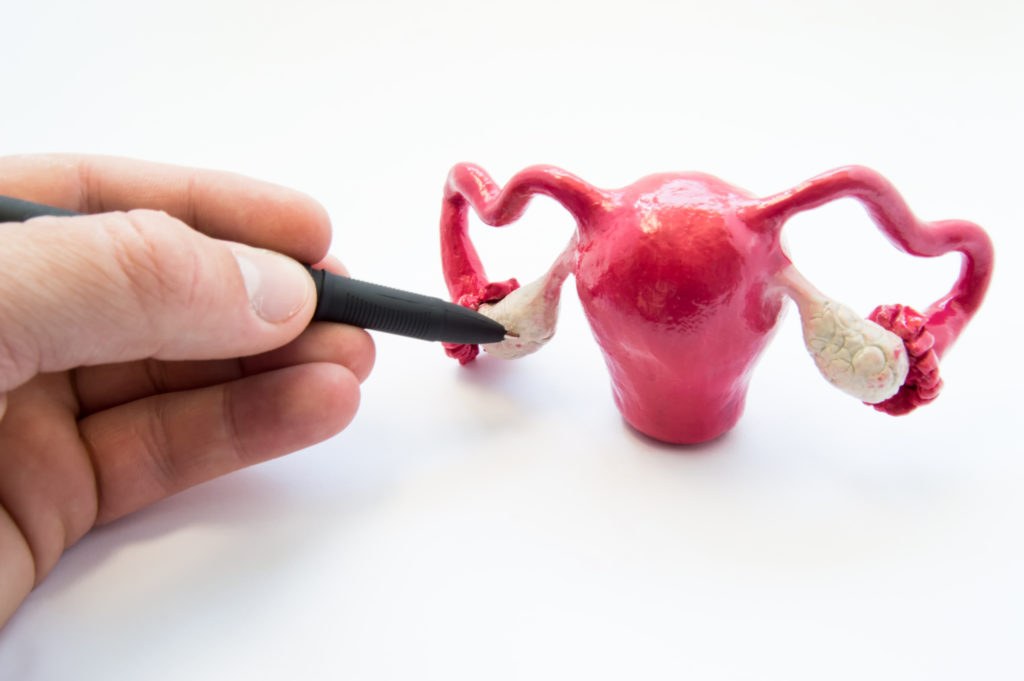 According to Mayo Clinic, ovarian cysts are fluid-filled sacs or pockets in an ovary or on its surface.

They are common and usually form during ovulation. Ovulation happens when the ovary releases an egg each month. Many women with ovarian cysts don’t have symptoms. The cysts are usually harmless. But when they burst or rupture, it’s a type of excruciating pain that can leave you immobile.

A ruptured ovarian cyst, then, is a fluid-filled, typically benign (non-cancerous) mass on an ovary that has broken open. In many cases, cysts go away on their own after a few menstrual cycles. But in other cases, where the cyst is complex, they may cause damage and need serious treatment.

Why do ovarian cysts burst?

Size can be a factor. The bigger the cyst, the more likely it’ll pop, like an overfilled water balloon. Yet there can be huge cysts that are so slow-growing that they don’t rupture — as well as small, fast-growing cysts that do.

Sex and intense exercise also can cause a cyst to rupture.

Signs of a Ovarian Cyst Rupture

When an ovarian cyst ruptures, the fluid inside of it ends up in your pelvic cavity, where it can be reabsorbed over time.

The Mayo Clinic lists these signs that you may have a ruptured ovarian cyst. But there are five that are less common, but need attention:

– Dull or sharp pain on one side of your lower abdomen

– A feeling of fullness or heaviness in your abdomen

– Pain that comes with a fever

– Nausea and/or vomiting. Depending on the cyst, contents that leak into your abdomen can make you really sick.

– Dizziness. This can indicate there’s a lot of bleeding in your belly. Other symptoms of hemorrhage include vision changes and a racing heartbeat. Not all ruptured cysts cause excessive bleeding, but you’re at a higher risk if you take blood thinners or have a bleeding disorder.

– Breathing at a rapid rate. Not to be mistaken for a panic attack, this symptom of breathing faster is your body’s response to what’s going on. An elevated heart rate may also accompany it.

– Chilly, clammy skin. Patients have shared that they have felt a very real difference in their skin on their palms, hands and arms. THe feeling of chills seem to be throughout the entire body.

Some ruptured ovarian cysts can cause a lot of bleeding. These need medical treatment right away. In severe cases, blood loss can cause less blood flow to your organs. In rare cases, this can cause death.

Many women have functional ovarian cysts. Most of these are not complex. A ruptured cyst that is not complex can be treated with pain medicine. You may be told to watch your symptoms over time. According to Johns Hopkins, in some cases, you may need to have