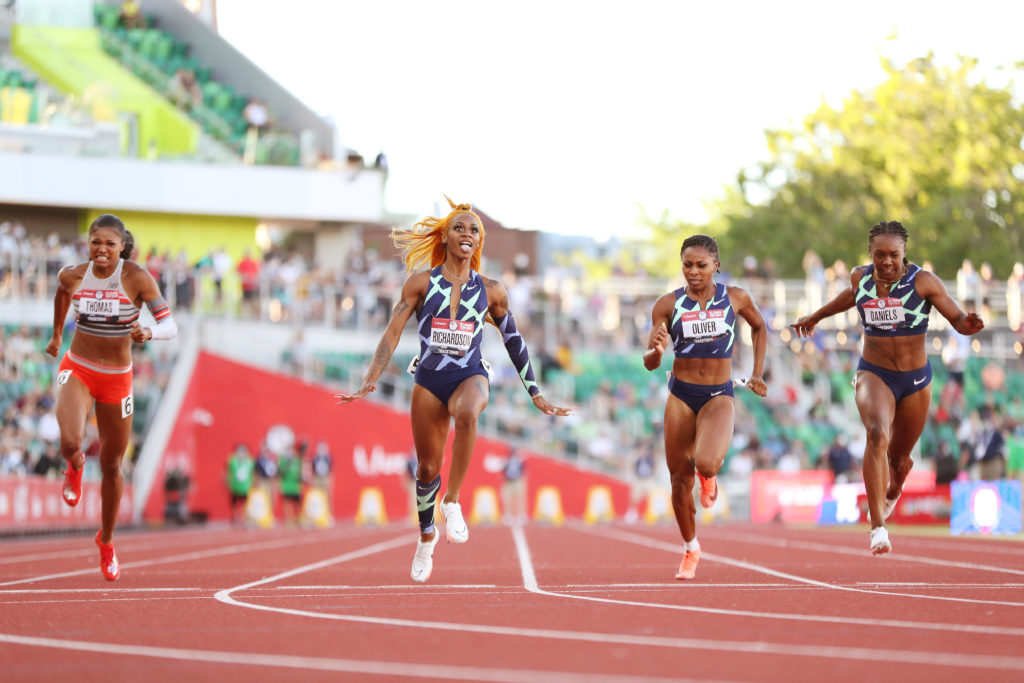 Questions of discrimination in the 2021 Tokyo Olympics have surfaced ever since the International Olympic Committee barred forms of protests such as Black Lives Matter clothing, kneeling, and raising a fist. As expected, this was met with strong scrutiny especially in the wake of everything that’s happened recently.

Last year, in the wake of George Floyd’s death, we saw more people than ever come together for protests during the pandemic and even saw the sports world change its stance on protesting and the Black Lives Matter movement. That includes the NFL, who blackballed Colin Kapernick for kneeling. So why isn’t the Olympics following suit?

Unfortunately, this is just one of the many headlines to come out about the Olympics that poses the question of whether or not Black people, particularly Black women are welcome at the Olympics.

Since then, the 2021 Olympics have become an increasingly difficult space for Black women. The most recent controversy is the suspension of Sha’Carri Richardson for failing a marijuana drug test.

Aside from that, the treatment and the public backlash of black women is far greater than women of any other race and that has taken a huge toll on their mental health.

For Richardson, she went from being praised for breaking records to being torn down as she mourns the death of her mother. The media, in particular, has attacked her image including everything from her hair to her nails. In fact, Australian journalist Claire Lehmann went as far as to suggest Richardson was using steroids because “strong nails and hair can be a side effect”. Lehmann even claimed this was the cause of death for Flo Jo, who died of an epileptic seizure with no drugs found in her system.

Rising tennis star, Naomi Osaka, has faced mental health challenges as well causing her to withdraw from the French Open to prioritize her mental health.