Home / Wellness / General Health / Tommy “Tiny” Lister: “I Thought It Was A Curse, But It Was My Blessing” 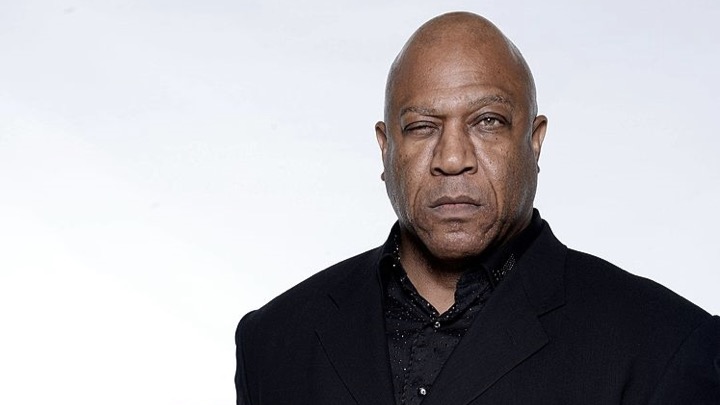 Playing the bad guy wasn’t always easy for Tommy “Tiny” Lister, Jr. The Compton, CA native says he received death threats when he wrestled as Zeus, a character he originated in the 1989 film No Holds Barred. As a result of his ability to appear menacing and be able to turn it on and off, Tiny has carved out a weird, remarkable career — 30 years long, 176 acting credits in all, with work alongside icons like Marlon Brando, Tupac Shakur, Bruce Willis, Hulk Hogan, and even Michael Jackson.

God, he believes, had something to do with making him one of Hollywood’s go-to heavies. Born blind with a detached and deformed retina, Lister was once ashamed of his right eye. He wore tinted glasses. He even cursed God. Then one day he stopped hiding and took off the shades. “I started doing these movies and God said, ‘You thought it was a curse. It was a blessing,’” he says. “[My eye] became my trademark in Hollywood.”

“It’s all about changing our community, one person at a time. It’s about us living until we’re 100 years old. Not dying when we’re 50 years old because our health is messed up. We are going to get this diabetes under control by educating our minds and educating our bodies.”

MUST READ: The True Story Behind Actor/Director Forest Whitaker’s Eye

On Becoming A Born-Again Christian

“I thought to reach your full potential as a man, you need to have the spirit of Jesus Christ within you to step into your purpose and destiny. You can’t just go around saying that you’re from your mother’s womb.

“What amazed me about Jesus Christ was that this cat was so gangster. He cheated death. Doing something ‘gangsta’ growing up in my hood meant…