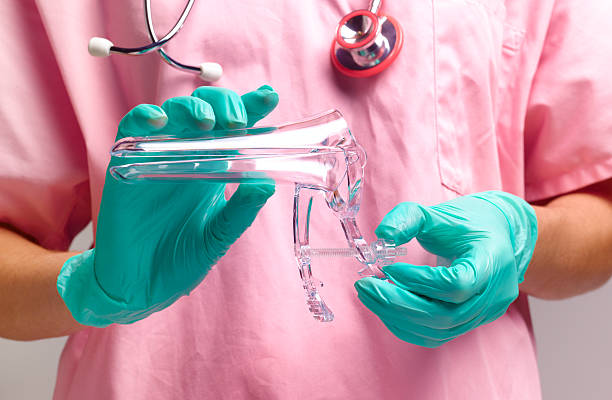 According to Jackson Health System, each year, approximately 2,000 Black women are diagnosed with cervical cancer, with more than 40 percent dying from the disease. A Pap smear test — named for its inventor, George Papanicolaou — is a medical test that can detect a potential case of cervical cancer before it even starts. The test is undoubtedly a lifesaver. By some estimates, widespread use of the Pap test has cut cervical cancer deaths by 70 percent.

What happens during a Pap test?

The test is very simple. You will lie back on a table with your feet in stirrups while a doctor or nurse collects a few cells from your cervix with a tiny brush or swab.

The cells are then put on a glass slide that will be sent to a laboratory. The lab will check for abnormal cells that have at least some potential to turn cancerous. The results should come back within about three weeks. If you don’t hear back from your doctor by then, call to double-check on the results.

RELATED: How Often You Need A Pap Smear Could Be Based On Your Race

How often should you have one?

Most women should start having Pap tests (also called Pap smears) around age 21 and then every two years after that. If you’re 30 or over and you’ve had three normal tests in a row, your doctor might recommend spreading out the tests to one every three years. If you’re over 65 and your doctor says you’re at low risk for cervical cancer — perhaps because you’ve had a long history of normal results — you may be able to stop getting the test entirely.

Women at high risk for cervical cancer should get the test every year. You’re considered high risk if any of the following applies to you:

Insurance companies often pay for Pap smears as part of an annual pelvic exam. However, some only pay for one test every three years. If you need help paying for the test, call your local women’s clinic or a city health clinic. You might even get the test for free.

An Abnormal Pap: What It Really Means

What does my Pap test result mean?

If you have an abnormal result, your doctor will want to run more tests. Keep in mind that “abnormal” usually

The Latest In Cervical Cancer

There is a lot of factual information out there about cervical cancer and yet the myths still persist. These myths can be a powerful deterrent to women taking care of their health in the most effective way. If you’re wondering read more about 7 Myths About Cervical Cancer You Shouldn’t Believe
According to recent statistics, cervical cancer is the fourth most common type of cancer in the world. Unfortunately, the numbers are not in the favor of African American women either. Black women are the second ethnicity most likely to be read more about 5 Warning Signs Of Cervical Cancer Every Black Woman Should Know

Cervical cancer affects thousands of women per year. Unfortunately, the early signs of the disease can be so subtle that many women ignore them until it’s in the later stages. While treatment is still possible at advanced stages, it can read more about Subtle Signs of Cervical Cancer Every Woman Needs to Know

Actress and comedian, Yvette Wilson, who played the role of Andell Wilkerson on UPN’s “Moesha” and its spinoff, “The Parkers.” passed away from cervical cancer in the summer of 2012. She was only 48 years old. She was loved by read more about Cervical Cancer Battle: Remembering Yvette Wilson