Home / Health Conditions / Diabetes / Apple Cider Vinegar: 13 Uses For It That Will Change Your Life

Of all the well-touted natural health remedies that exist today, very few are followed quite as religiously as taking a tablespoon or two of apple cider vinegar every day.

Apple cider vinegar has been hailed as a cure-all supplement, from allergy relief to weight loss.

Anywhere you look, you can find people who believe that drinking apple cider vinegar has helped them.

With all the benefits, it’s hard to figure out what ACV is not good for.

What exactly are the benefits of apple cider vinegar?

The idea that apple cider vinegar somehow “speeds up fat loss is altogether a myth.”

There is no evidence to suggest that apple cider vinegar can affect metabolism, which is the way an individual breaks down food and burns calories.

A 2006 study found that people who took doses of vinegar while eating bread reported feeling more full than people who ate bread alone.

While this study has been cited by those who believe in the health benefits of apple cider vinegar, it is important to note that it only tested 12 individuals, and the authors concluded that much more research was needed before firm conclusions could be drawn. 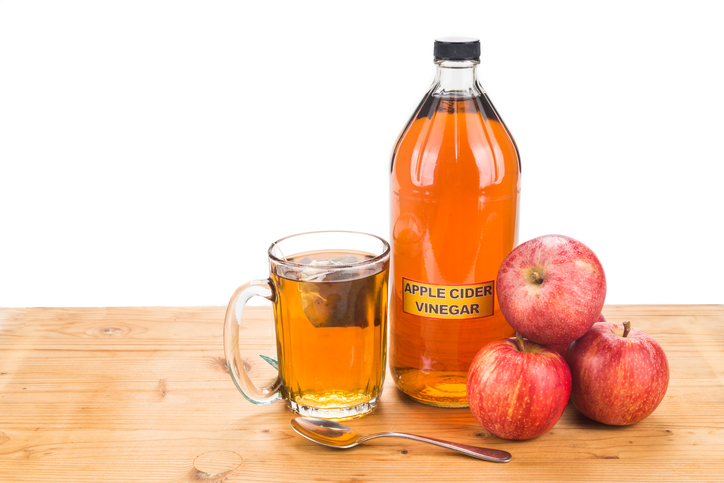 This study did not suggest that the way these people burned calories was affected.

Use ACV in your bath. Add ½- 1 cup to your bath water along with Epsom salts and lavender essential oil for a relaxing and detoxifying bath.

I like using apple cider vinegar to get rid of hiccups—the sour taste of a straight teaspoon can stop hiccups.

Beat exercise exhaustion—lactic acid buildup in the body causes fatigue, while the amino acids in ACV act as an antidote.

Add a tablespoon to a glass of water after a workout.

People have been using vinegar as a natural remedy for centuries. Its acidic properties are thought to protect against infection, sterilize wounds, and preserve food. More recently, apple cider vinegar has become the vinegar of choice for everything from treating colds to promoting weight loss.

Some people believe that the acetic acid in apple cider vinegar can help to break down the tissue surrounding skin tags, causing them to eventually fall off.

Create shiny, untangled hair by adding 1/3 cup ACV to 4 cups of water and pouring it over your hair after shampooing.

Leave it on for a few seconds and rinse with cold water.

Since breaking up mucus is one of apple cider vinegar’s many talents, it also helps clear out the sinuses.

Since it’s antibacterial, it can also prevent a sinus infection or cold as well. Sip some water and