Many herbs can be used to stimulate and detox your uterus, improve its tone and ease menstrual or menopausal symptoms. Here are 3 herbs that aid you in cleaning your uterus naturally.

RELATED: 10 Herbs For A Healthy Womb

Ginger reduces inflammation while increasing oxygen and blood flow to your uterus, say Asa Hershoff and Andrea Rotelli in “Herbal Remedies.” Ginger is actually a good whole-body detoxifier because it supports liver function, boosts circulation, and promotes healthy sweating, says Ann Louise Gittleman, author of “The Fat Flush Foods.” It is safe to take during pregnancy and is in fact a proven remedy for nausea in pregnant women according to the National Center for Complementary and Alternative Medicine.

Marigold is a good cleansing herb that can be used to support uterine health according to “Essential Herbal Wisdom,” by Nancy Arrowsmith. The fact that it has cleansing qualities but does not irritate mucous membranes makes it especially useful for a hardened uterus. You should try drinking marigold tea, or combining marigold and chamomile in tea. Both can help regulate menstrual bleeding and ease cramps. It should be used for a week prior to menstruation for this purpose, Arrowsmith advises. Avoid marigold if you are pregnant.

Motherwort, which may help your uterus contract after giving birth, is used in traditional Chinese medicine to treat menopausal and menstrual symptoms. The uterotonic, or uterus stimulating, component in motherwort is called leonurine, which is present in the herb’s leaves according to Y.C. Kong, lead author of a study published in the American Journal of Chinese Medicine.

Other studies published in Anticancer Research indicate that motherwort may have an effect against mammary cancer as well.

READ THIS: What Is Uterus Scraping? 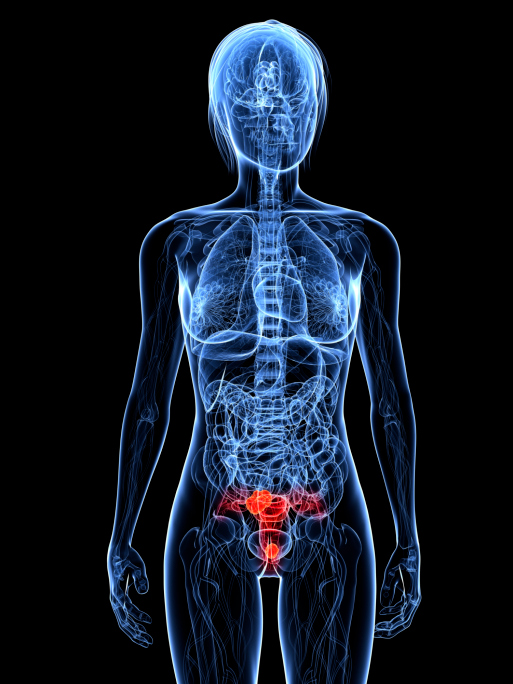 It may not be an herb, but red raspberries have long been used as a uterine tonic to regulate and tone uterine muscles according to “The Complete Herbal Guide,” by Stacey Chillemi and Michael Chillemi. It can help return your uterus to its normal tone and reduce swelling and bleeding after giving birth. Its ferulic acid content may ease menstrual flow by stimulating the muscles that support the uterus while also reducing excessive menstrual bleeding.

RELATED: How Normal Is Menstrual Irregularity?

In the past, raspberry was used during pregnancy, but this is no longer recommended due to the possibility of stimulating contractions, says Chillemis. Raspberry is rich in nutrients that support the reproductive system as well as other body systems. These include flavonoids, tannins, beta-carotenes, alpha-carotenes, alkaloids, calcium, leutin, iron, manganese, phosphorus, magnesium, selenium, potassium, zinc, B vitamins, and vitamins E and C, says Chillemis.

Be mindful that some herbs that boost uterine health should not be taken when you are pregnant due to the risk of stimulating contractions.

We just talked about the women, now we can talk about the men.