In response to the ordeal Dr. Tamika Cross went through, Black female doctors from all over the world are coming together to show their beautiful black skin is also what a doctor looks like.

Unfamiliar with the story? Well, Tamika Cross, an obstetrician and gynecologist in Houston, was midway through a flight from Detroit to Minneapolis when a passenger’s emergency sent her into “doctor mode.”

Sometime after takeoff, a man two rows in front of her suddenly became unresponsive, she said, and flight attendants called for help.

Cross said she immediately flagged down one of the crew members, offering to treat the man. But she got a response she wasn’t prepared for.

“Oh no, sweetie, put [your] hand down,” Cross recalled the flight attendant saying. “We are looking for actual physicians or nurses or some type of medical personnel, we don’t have time to talk to you.”

The reason behind the flight attendant’s apparent skepticism? Cross says it was because she is black. There is no other reason in her mind or in the mind of many who heard her story.

When she posted the ordeal on facebook, her post was shared more than 40,000 times and people are talking about it.

So Black women doctors have bonded together and in a beautiful show of solidarity, posted their pictures using the hashtag #WhatADoctorLookslike. Here’s a few below: 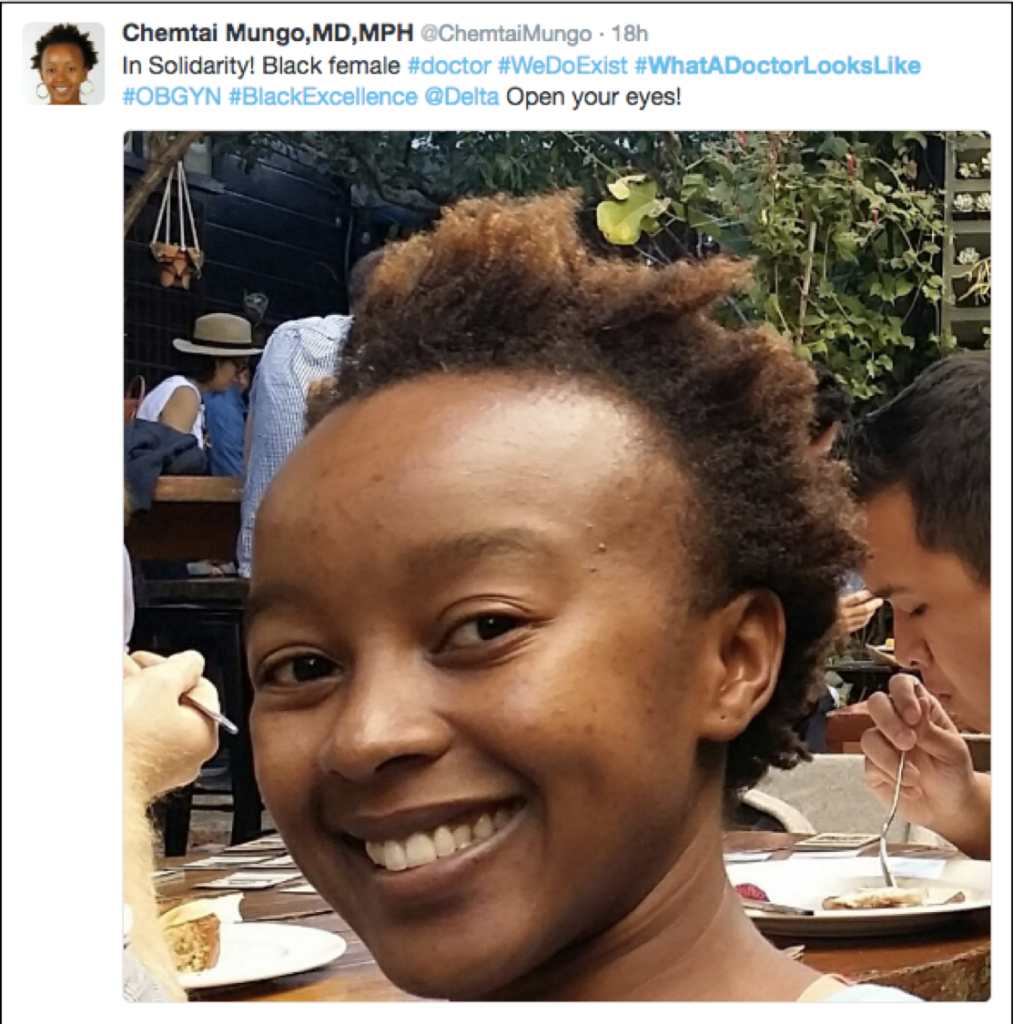 As the temperatures start to drop, the idea of heading out to the gym becomes less appealing. It's important to maintain a consistent workout regimen, but during the colder months, we tend to abandon our routines in an effort to read more about 10 Affordable Items To Build Your At-Home Gym!

Few things are as disheartening as putting your all into dropping those pounds, only to see no, or poor results on the scale. As you become more and more frustrated, you may find yourself going over all the things you read more about Trying Hard, But Not Losing Weight? This Might Be Why

How much do you know about your thyroid? This small, butterfly-shaped gland in your neck may not be something that you think about when you first awaken. Your thyroid is a powerful organ that plays an essential role in your read more about The Thyroid: It Controls More Than You Know