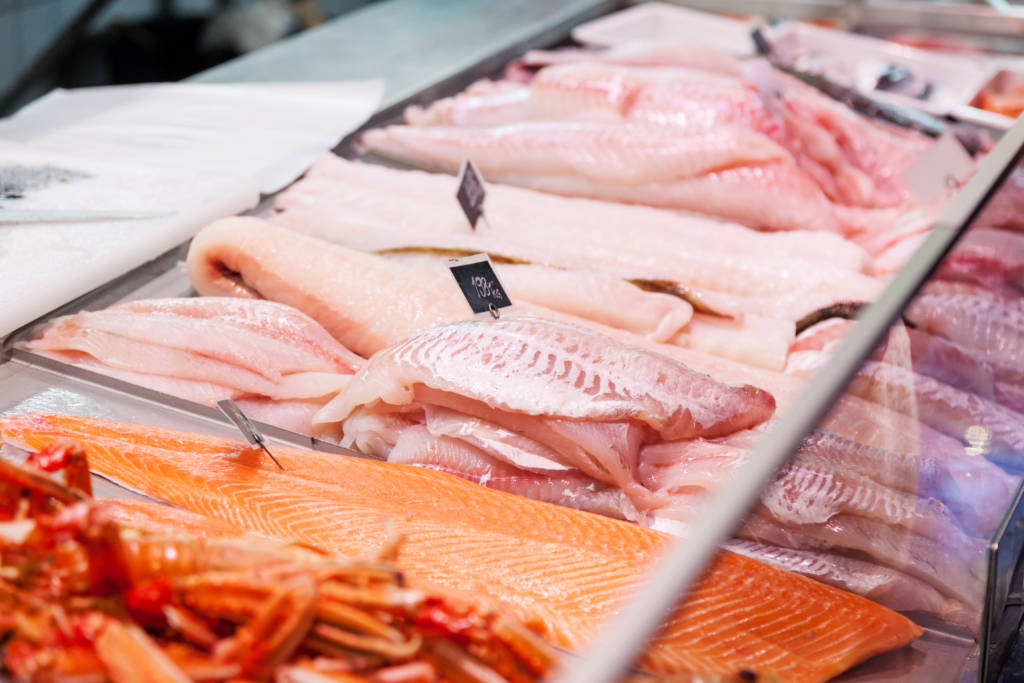 When trying to cut back on red meat, many people often turn to their deep-sea favorites. Tilapia, catfish, crab legs, lobster, or some great scallops are delicious. But many articles are showcasing the nation is being overrun by seafood with high levels of mercury. Should you be concerned? Continue reading this article to know what happens to your body when you will be eating too much seafood and fish.

Eating seafood that has been tainted with mercury is one of the most common ways humans accumulate mercury in their bodies. The mercury in seafood is a highly poisonous form of the metal called methylmercury, which forms when mercury dissolves into the water.

Methylmercury can be absorbed from the water by all sea creatures, but it also continues through the food chain.

Small sea creatures, such as shrimp and crawfish, often ingest methylmercury and are then eaten by other fish. These fish will now have more methylmercury in their bodies than the original shrimp.

This process continues all the way up the food chain, so that a large fish may contain much more mercury than the fish it has eaten. This does not necessarily make it better to eat smaller fish, however. It is always essential for a person to check the source of their seafood to avoid contaminated fish and shellfish.

People worried about their exposure to mercury may want to limit their seafood intake, particularly of fish that are high on the food chain, such as swordfish, shark, white tuna, pike, walleye, and bass.

Pregnant or breastfeeding women may want to avoid or restrict their intake of fish and shellfish, as any mercury they contain can pass to the fetus or infant through the umbilical cord or breast milk.

Consuming food that contains mercury is the most common cause of mercury poisoning. Mercury poisoning can cause severe symptoms and put the body at unnecessary risk. Mercury may affect the nervous system, leading to neurological symptoms such as:

As the levels of mercury in the body rise, more symptoms will appear. These symptoms may vary depending on a person’s age and exposure levels. Adults with mercury poisoning may experience symptoms such as:

– muscle weakness
– metallic taste in the mouth
– nausea and vomiting
– lack of motor skills or feeling uncoordinated
– inability to feel in the hands, face, or other areas
– changes in vision, hearing, or speech
– difficulty breathing
– difficulty walking or standing straight

READ THIS: Seafood With The Highest Levels Of Mercury

Mercury can also affect a child’s