Home / Wellness / Food / Dark Vs. Light Liquor: Which One Is Better For You? 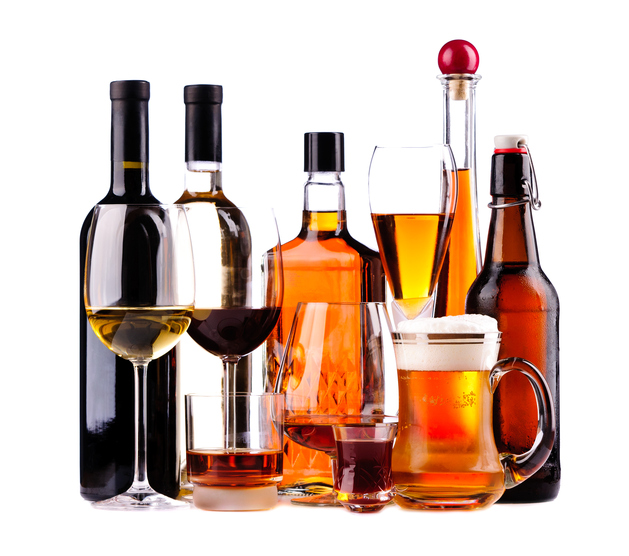 Darker liquors contain “congeners,” a substance which is made during the fermentation process. They contain several chemicals, which include acetone, a chemical which your body doesn’t particularly enjoy. Drinks like whiskey, rum, and some wines can contain much higher amounts of congeners. How much, exactly? On average, whiskey can contain several times the amount of congeners as the same amount of vodka. The only exception to low congeners in clear liquors is tequila.

Liquors that are high in congeners include:

Liquors that are low in congeners include: The body reacts to these organic molecules in a variety of ways. In one study, Alcoholism: Clinical & Experimental Research, when participants drank equal amounts of alcohol in either vodka or bourbon forms, 33 percent of bourbon drinkers reported next-day pain, while only 3 percent of vodka drinkers complained of hangovers.

Why the difference? Because bourbon typically packs 37 times the congeners contained in vodka, explains lead researcher explains Damaris J. Rohsenow, Ph.D., associate director of the Center for Alcohol and Addiction Studies at Brown University. But the science is murky: Some congeners are cleared from the body before hangovers set in and some whiskey congeners, particularly butanol, are believed to protect the stomach lining from damage, meaning they may actually fend-off hangover-related nausea, Rohsenow says.

How the body reacts to congeners, be it good or bad, depends on the individual, says Stuart J Finkelstein, M.D., a California-based internal medicine and addiction medicine specialist. “Some people tell me they can drink clear alcohol without a hangover and others say the opposite. It’s entirely due to individual body metabolism.”

Is There A Difference Between Calories And Carbs
According to Liquor.com, a single gram of alcohol contains seven calories, so the higher the alcohol content, the more calories, explains dietician Kelly Pritchett, Ph.D., R.D., C.S.S.D., assistant professor of Nutrition and Exercise Science at Central Washington University and spokesperson for the Academy of Nutrition and Dietetics.

TAKE A LOOK: Alcoholic Drinks Can Now Be Found In Powder Form

For instance, a 1.5-ounce shot of an 86-proof whiskey contains 105 calories, while an 80-proof vodka or gin contains 97. It’s not much of a difference, but you get the idea.

Just remember, whiskey does have a higher level of antioxidants than clear liquors, Pritchett says. Whiskey is…

Hi MealMasters! I am Dr. Monique May, Board-certified Family Physician and Founder of Physician in the Kitchen™. Through my books and cooking classes, I help busy households enjoy healthy eating without impacting their hectic schedules. Today I want to discuss my read more about Vegan-ish: Avocado Waffles

Movie popcorn and other snacks play essential supporting roles in the theater-going experience. But many of your favorite cinema munchies could win Worst Food Oscars for their high levels of calories, fat, and salt. No one goes to the movies read more about Movie Theater Snacks: The Good & The Bad

Some lots of Jif brand peanut butter are being recalled as health officials investigate a multistate outbreak of Salmonella illness tied to the products. Fourteen illnesses (including two hospitalizations) tied to the Salmonella Senftenberg strain of the bacteria have occurred in Arkansas, read more about Jif Peanut Butter Recalled Due to Possible Salmonella

Hi MealMasters! I am Dr. Monique May, Board-certified Family Physician and Founder of Physician in the Kitchen™. Through my books and cooking classes, I help busy households enjoy healthy eating without impacting their hectic schedules. Today I want to talk read more about 3 Processed Foods That Are Actually Good For You!